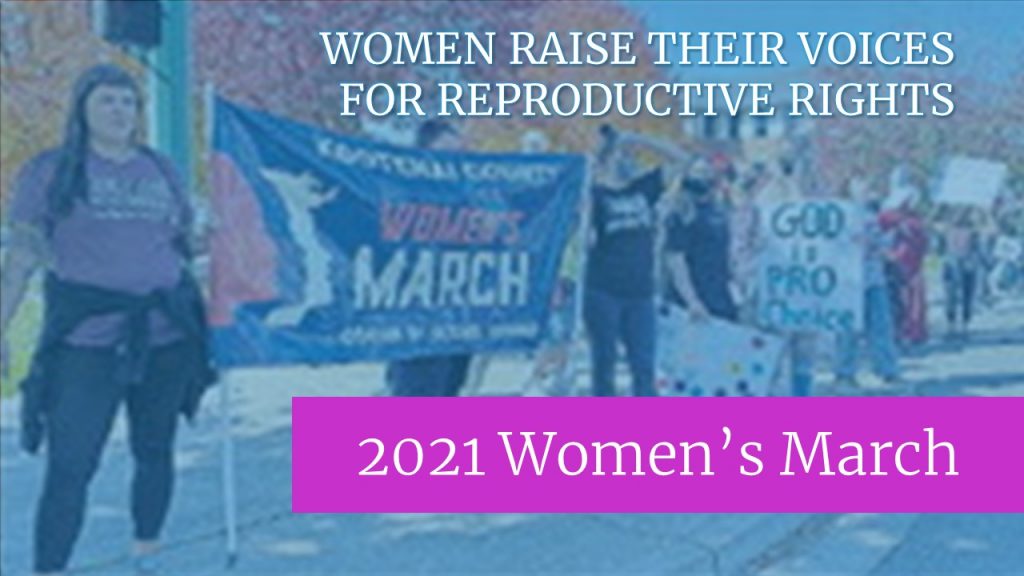 The young jedi and about 300 others struck back Saturday with steps, smiles and slogans.

They held signs like “I march because someone 40 years ago marched for me,” “Girls just want to have fun-damental rights,” and “I can’t believe I still have to protest this s—.”

“It’s really nice to have this event where we can gather together and find community with our neighbors and realize that we are not as alone as we think we are,” she said. Local business owner Melinda Cadwallader spoke about feminine leadership. “Some people call it maternal leadership and it’s a very distinct leadership style,” she said. “It is sometimes contrary to patriarchal leadership.”

A leadership style based on the act of nurturing, it isn’t solely connected to physical mothering or the female gender.

“We are all capable of nurturing, and that’s what makes it unique,” Cadwallader said.

Studies show that maternal leadership in executive corporate positions leads to a higher level of trust in the culture of a workplace, Cadwallader said.

Pointing out that women’s rights have been slow in coming, Tenneson said that 1974 saw the first time women could take out credit in their own names. In 1978 women could no longer be fired for being pregnant, in 1980 sexual harassment was first defined by law, in 1993 the Family Medical Leave Act made it possible for women to take time off without losing employment, in 2010 it was recognized that sexually explicit language creates a hostile work environment and that sex discrimination by health insurance providers was lawful until 2010.

“In 2021 we’re going backwards and losing the right to have autonomy over our own bodies,” Tenneson said. “With what’s going on in our community right now, if we don’t stand up and fight we might as well lay down and surrender.”

Dressed in Puritan garb, Coeur d’Alene resident Mirna Pleines attended the march with her husband, Scott. “With the direction of the GOP, (my outfit) is a reflection of where I feel we’re headed,” Pleines said.

Holding a sign that said, “I’m with her,” Scott said: “I support my wife and daughters.”

North Idaho College nursing student Ciara Platt, a native Idahoan and young mother, got involved in politics when she saw how “this system” severely affected her life.

Platt said being prochoice is being pro-life.

Abortion is never an easy choice, Platt said. But supporting a woman’s choice to do what is right for her own body is paramount, she added.

Dr. Coralyn Alexander, born in 1960 and raised on progressive values, quoted Plato in saying that the highest form of empathy requires us to suspend our egos and live in another’s world.

Alexander is a child and adolescent psychiatrist who works with abuse victims. Three million women have rape-related pregnancies and 18 million are sexually assaulted vaginally during their lifetimes, she said. Marital rape was legal until 1993. Ninety percent of rape victims know their offenders but only 20% of rapes are ever reported, Alexander said. Speaking on rape culture, where the victim is blamed for the attack, Alexander said “this law in Texas is a standing, shining example of rape culture.” “The most common age and gender of sexual assault victims in our country are girls between the age of 16 and 19,” she said. For every 1,000 rapes in the U.S., 995 will go unpunished, Alexander said. “That’s our track record,” she added.

Speakers said limiting access to safe abortion care will not stop abortion but will only make it more dangerous. A victim of sexual assault herself, Alexander said other women have inspired her to “be bold and to come forward with my truth.” “I have sat behind the desk in my office and heard thousands and thousands of stories of sexual trauma in my lifetime,” Alexander said. “It has made me strong and it’s made me an advocate.

THE FEMPIRE STRIKES BACK 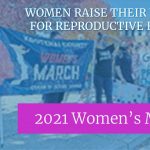