Why should Trump be impeached and convicted? 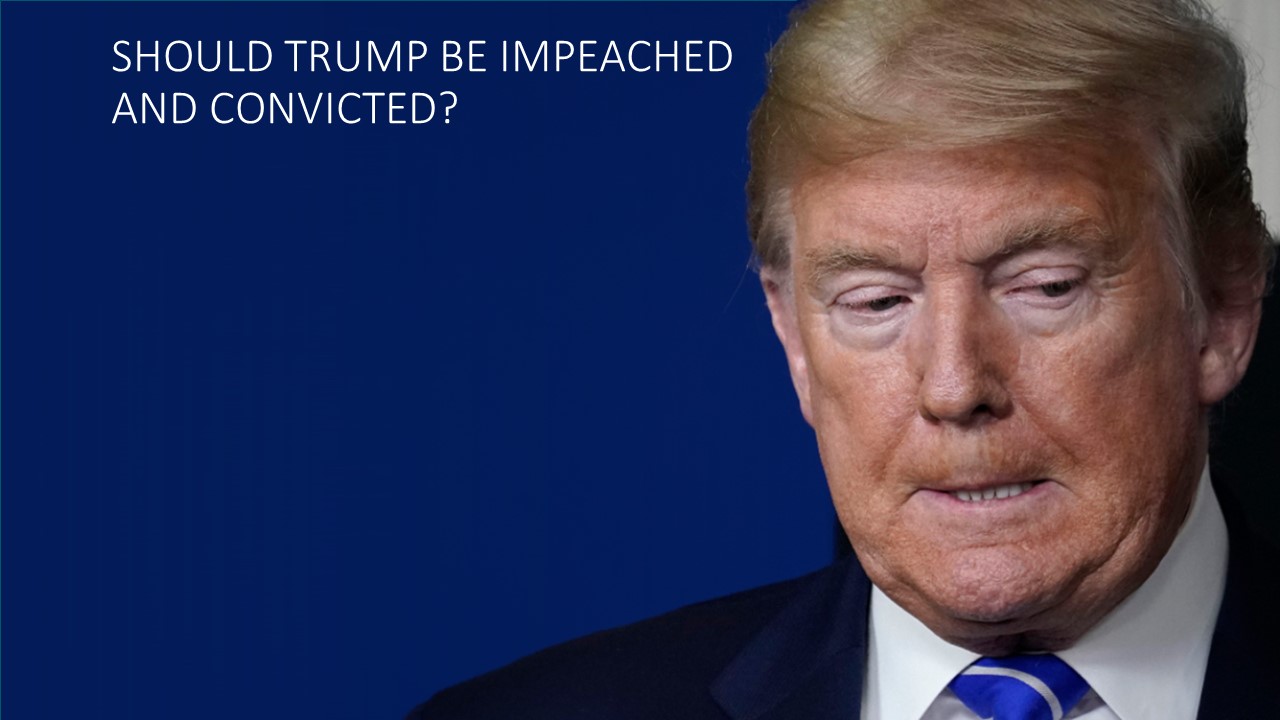 A Sunday editorial, “Focus on the future, let go of the past,” called for President Biden to stop the impeachment of former President Trump. This demands a response.

The editorial appeared on the front page where readers are accustomed to finding objectively reported news. This placement made clear that the Press objects strongly to the impeachment. A reader might wonder why the Press did not object in equally strong terms to former President Trump’s constant lies, his separation of children from their parents at the Mexican border, his use of foreign assistance to leverage a political favor from Ukraine, or any number of other shocking moves that undermined confidence in democracy.

In addition, the editorial contained a number of illogical points that need clarification.

The editorial stated that one way to “bring many people at least a little closer toward cooperation” is to “stop the impeachment train.” Unfortunately, no evidence supports the belief that the Republicans would be any more cooperative if impeachment were to be stopped. Senator McConnell unilaterally imposed gridlock on the Senate for more than a decade before presidential impeachment became a reality. Moreover, dropping impeachment sends the message to future presidential candidates, like Senators Cruz and Hawley who expressed solidarity with the Capitol Hill rioters, that such behavior is OK.

The editorial claimed that impeachment will be “counterproductive to the nation’s well-being and a distraction that the now all-powerful Democrats can ill afford.” Devoting precious time to impeachment proceedings may indeed be risky for the Democrats if it prevents Congress from advancing President Biden’s agenda. But suppose the Democrats let Trump “off the hook,” as the editorial suggested. What would prevent future presidents from inciting more insurrectionist riots? To quote Senator Romney: “If inciting insurrection isn’t impeachable, what is?” And if conviction lessens the likelihood of future presidents inciting riots, it may actually be conducive to the long-term well-being of our nation. Pursuing impeachment is a tragic but patriotic necessity that requires backbone and integrity.