WHAT IMPEACHMENT IS, AND ISN’T 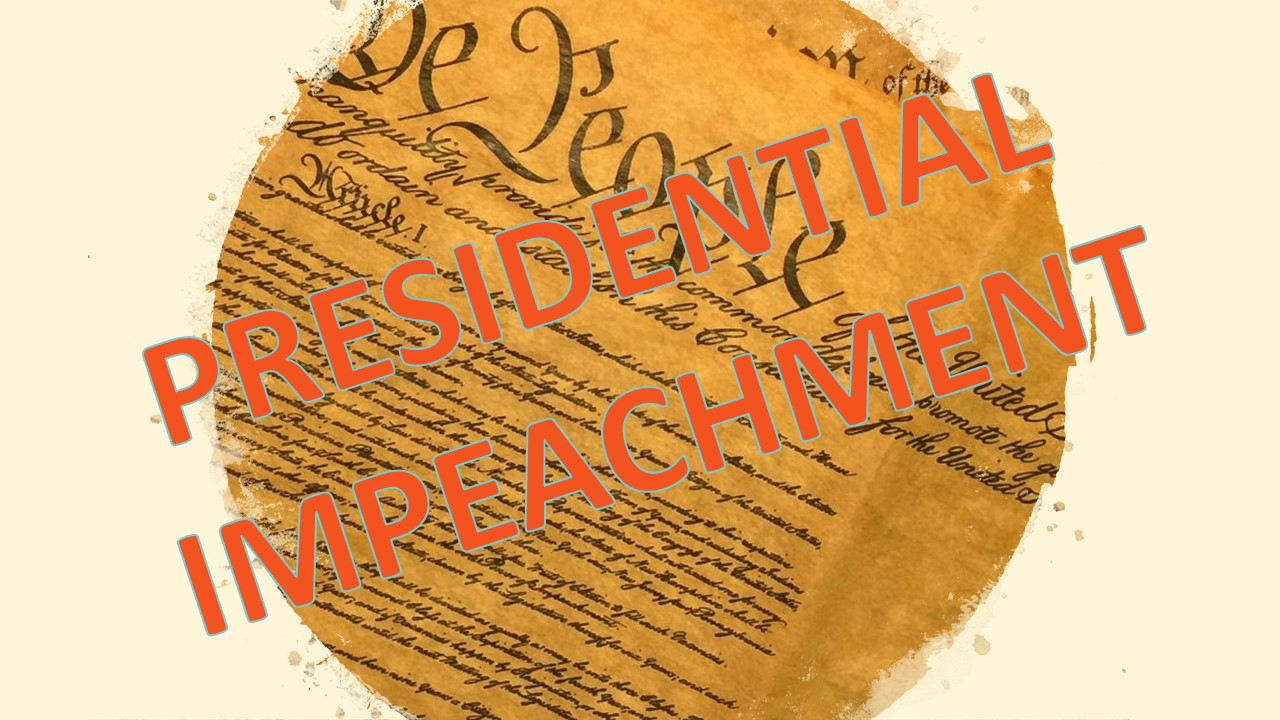 Despite what the talking heads and others may say, an impeachment is not a garden variety criminal trial. The Bill of Rights in the U.S. Constitution does not apply to an impeachment proceeding. The confusion may be understandable because there have been only three presidential impeachments to date and the Constitution devotes just a few scant sentences to the proceeding.

There is no requirement of due process, no right to confront witnesses and no right to appeal the Senate’s decision. However, because these proceedings are high profile, it is incumbent on those in charge to proceed with fairness and transparency. Otherwise, the result might not meet with public acceptance.

There has been criticism of the House majority because the initial interviews were conducted in private sessions. However, it appears that all of the evidence supporting potential charges will be produced in open hearings. Both sides will participate in the hearings, a significant departure from criminal cases. Investigation of criminal matters is almost always done in private until a charging decision is made. Here, the charges will be subject to a majority vote of the House at the conclusion of its proceedings.

A president may be removed from office by a two-thirds vote of the Senate upon conviction of “Treason, Bribery, or other high Crimes and Misdemeanors.” This can include an actual criminal offense but may also include non-criminal conduct such as “the abuse or violation of some public trust,” as Alexander Hamilton stated in the Federalist Papers (No. 65). James Madison thought impeachment would prevent a president from “betray[ing] his trust to foreign powers.”

Unlike a criminal trial where an unbiased jury is required, an impeachment is tried in the U.S. Senate. When the Constitution was written, it was assumed the Senate would be an impartial body that would act free of partisan influence. The constitutional framers warned of the great danger that extreme partisanship posed to our form of government. Unfortunately, we have failed to heed those warnings. We can hope that Senators will try to rise above politics, seriously consider the evidence and vote as the evidence dictates.

Where these proceedings substantially differ from a criminal proceeding is in the area of jury or witness tampering. Serious penalties can be imposed on a criminal defendant who threatens or tries to curry favor with the jury or who intimidates witnesses.

In an impeachment, a president can threaten senators, try to buy their favor, and call upon party loyalty to sway their votes. President Trump has done some of each — helping to raise campaign funds for senators with tough 2020 races, threatening to support primary opponents of those who do not support him, and the like.

Witnesses are subject to being threatened, intimidated or verbally attacked because it is not clear that federal law which prohibits this kind of conduct applies in an impeachment. Vilifying and threatening to unmask the whistleblower, even though everything he reported has been substantiated by other evidence, is designed to punish him and silence others. While tampering with juries and witnesses is not subject to criminal penalties in an impeachment, as it is in criminal courts, such conduct could be the subject of an article of impeachment. Regardless, it is an impediment to justice.

People should not expect the impeachment to resemble a criminal trial. But, the public does have every right to expect it to be handled with honor and dignity on both sides.

Jim Jones is former Chief Justice of the Idaho Supreme Court. His previous columns can be found at https://JJCommonTater.com.