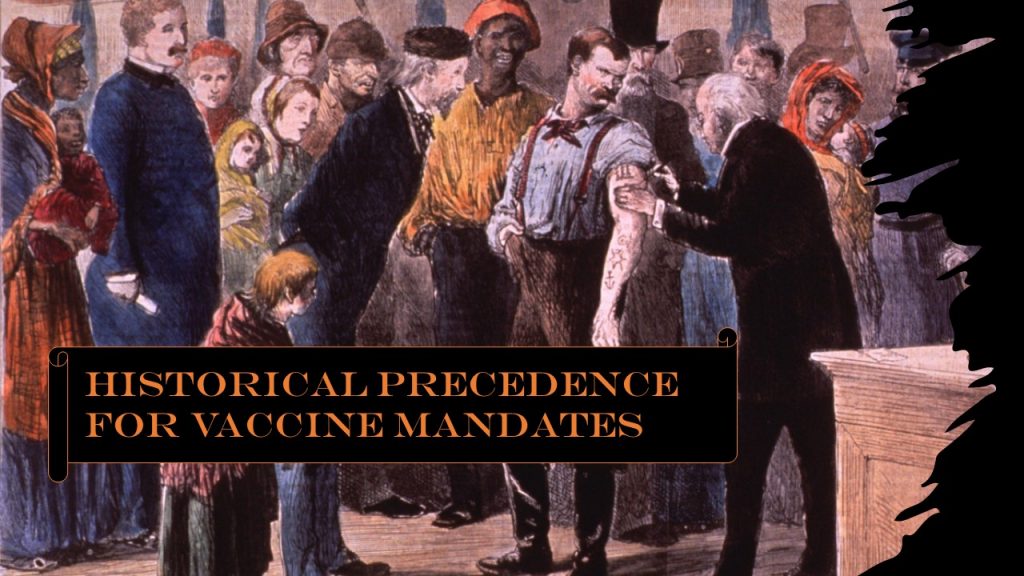 In 1905, the high court made a fateful ruling with eerie parallels to today: One person’s liberty can’t trump everyone else’s.

Henning Jacobson, a 50-year-old minister, put his faith in his own liberty. Back in his native Sweden, he had suffered a bad reaction to a vaccine as an infant, struggling for years with an angry rash. Now he was an American citizen, serving as pastor of the Swedish Lutheran Church in Cambridge, Massachusetts. That gave him the full protections of the U.S. Constitution.

So when the Cambridge board of health decided that all adults must be vaccinated for smallpox, Jacobson sought refuge in the Constitution’s promise that no state shall “deprive any person of life, liberty or property without due process of law.”

The year was 1904, and when his politically charged legal challenge to the $5 fine for failing to get vaccinated made its way to the Supreme Court, the justices had a surprise for Rev. Jacobson. One man’s liberty, they declared in a 7-2 ruling handed down the following February, cannot deprive his neighbors of their own liberty — in this case by allowing the spread of disease. Jacobson, they ruled, must abide by the order of the Cambridge board of health or pay the penalty.

“There are manifold restraints to which every person is necessarily subject for the common good,” read the majority opinion. “On any other basis, organized society could not exist with safety to its members. Society based on the rule that each one is a law unto himself would soon be confronted with disorder and anarchy.”

Jacobson’s claim was essentially the same as that taken for granted by vaccine skeptics today: That they have the personal liberty under the U.S. Constitution to decide for themselves whether to take the shot. Backed by a group called The Anti-Vaccination Society, Jacobson made a formidable case, incorporating many of the same arguments about freedom from government interference that are ricocheting around cable TV this summer, and mouthed by politicians. Donald Trump, after recommending at a rally on Aug. 21 that his supporters get vaccinated, quickly added after a smattering of boos: “But you do have your freedoms you have to keep. You have to maintain that.”

The question of whether those freedoms include refusing a legally mandated Covid-19 vaccine, should any government implement such a requirement today, has yet to come before the Supreme Court — or any court. But in the event that it does, the 116-year-old case brought by Henning Jacobson would be the standing legal precedent. In deciding whether the rules that the Jacobson decision rendered for smallpox would apply to Covid-19, today’s court would need to reckon with a different medical landscape, as well as the freighted politics of the moment. The justices would also find themselves grappling with the legacy of the man who wrote the opinion, Justice John Marshall Harlan.