Urban Renewal Districts and the Creation of the Health District Corridor 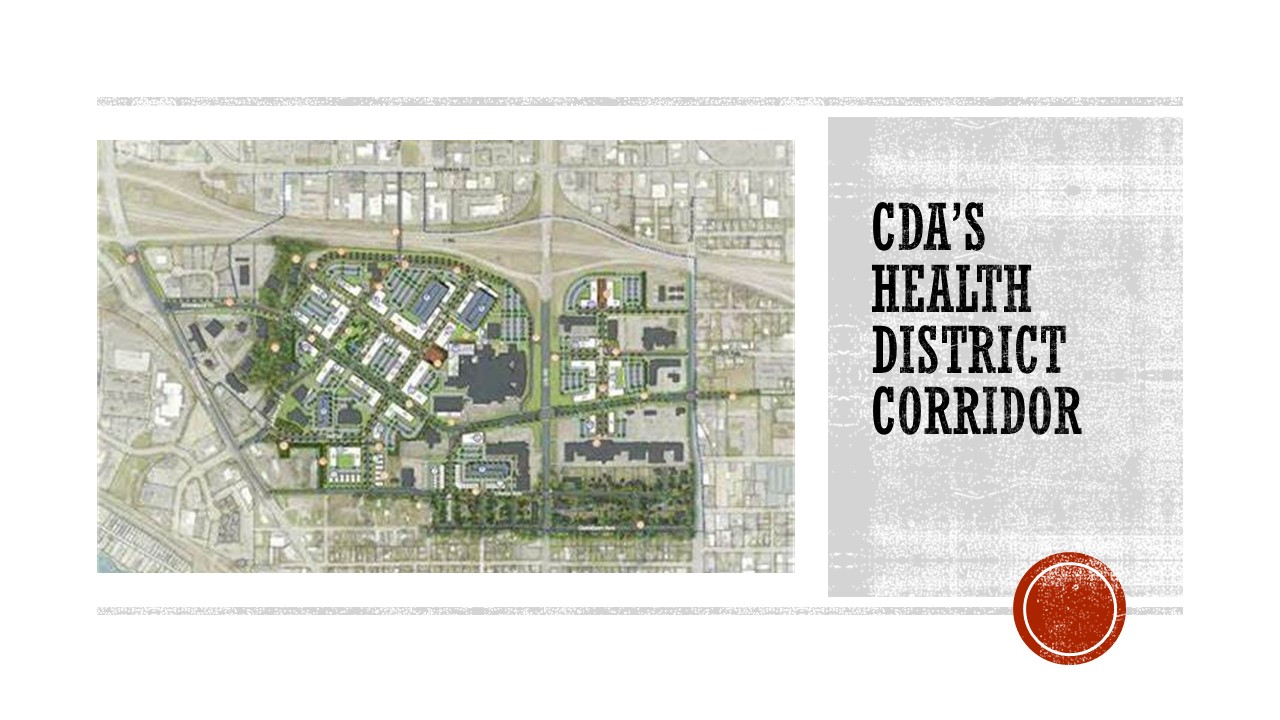 I am a Coeur d’Alene City Council member and currently serve on the ignite cda board. These are the two governing bodies that created the new Health Corridor urban renewal district late last year. I was also the Kootenai County Clerk-Auditor for 15+ years and have served in various local elected positions for 25+ years. The County Auditor works closely with the County Treasurer and Assessor, along with the Board of County Commissioners in matters relating to county property taxes, land records, indigent health care, and elections, among others.

I was County Auditor when the first urban renewal district came into being. I had mixed thoughts about it (and in some regards, still do). As I understand the bottom line of urban renewal theory, you identify a area within the city to create an urban renewal district with the idea that whatever funds taxing districts are receiving from that area would still come to them in the future, but for a set period of time (it used to be up to 25 years, but now is 20 years maximum), any additional revenue from growth and increased values in that area would go to the urban renewal district. There are many other details about urban renewal I could go into, but this is not the place to do that. I would be happy to visit with anyone who would like more background and answer any questions I can.

Again, the theory of the value of urban renewal to the taxpayers is that you give up some short-term revenues in order to gain increased permanent revenues in the future–more than would have come to the district (to pay for essential services) than if an urban renewal district had not been created. That theory is about to be put to the test as one of the oldest URD’s in Coeur d’Alene, The Lake District, is about to expire and the underlying taxing districts, including the county, will start see a sudden increase as tax revenues based on the tax revenues from the old district that will now go to them.

Besides addressing urban blight, the focus of URD’s can also be on economic development. This is certainly the case in the Hospital Corridor District. And one of the key lessons I think we have learned from the virus crisis is that we need to have our own local self-sustaining health care available from the simple to the most complex treatment available. Even 20 or 30 miles can make all the difference especially if the health care you need is located across a state line. In some cases, like Idaho and Washington, it might as well be in a different country.

I am not much of a fan of advisory votes in general principle. While they are allowed, they are rarely used and when they are, it’s been my experience that it’s often on a very controversial topic where the current set of elected officials are hoping to avoid or at least delay a tough vote and decision. Our form of government is a Republic and our process is Democracy, based on fair and open elections. Those tough calls are meant to be made by our elected representatives and if the people don’t like the outcome, they can and should take that up at the next ballot box. While it is a matter of public record, for additional background information, I voted for the creation of the Health Corridor District as a council member and ignite cda board member.

Advisory votes are an expensive process but without any authority attached to the outcome. They also tend to be very divisive to the community.

Urban renewal has been changed and I believe in many ways, has improved over the years. Even though many attempts have been made to do away with it all together, that authority rests solely with the Idaho Legislature and they have said time and time again that they want the option of Urban Renewal to exist. Like it or not, if you want to change the codes on urban renewal you need to focus your time, energy, and arguments on the Idaho Legislature.