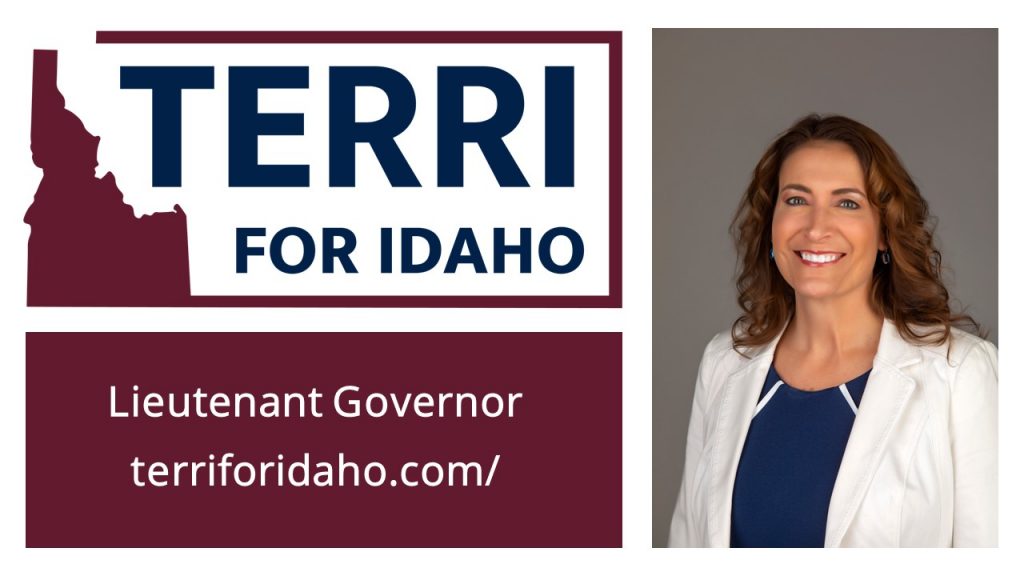 In August, Boise Attorney Terri Pickens Manweiler declared her candidacy for Lt Governor in the 2022. Terri is a fourth-generation Idahoan born and raised in Pocatello. She graduated from the University of Southern California and University of Idaho Law School and became the founding partner in Pickens Law, P.A in 2008, where she is still practicing today. Terri, her husband, Mark, and her two children currently reside in Boise. If you would like to support Terri or learn more about her campaign go to terriforidaho.com/.