Steve Bullock: The fight for Democratic values in Idaho 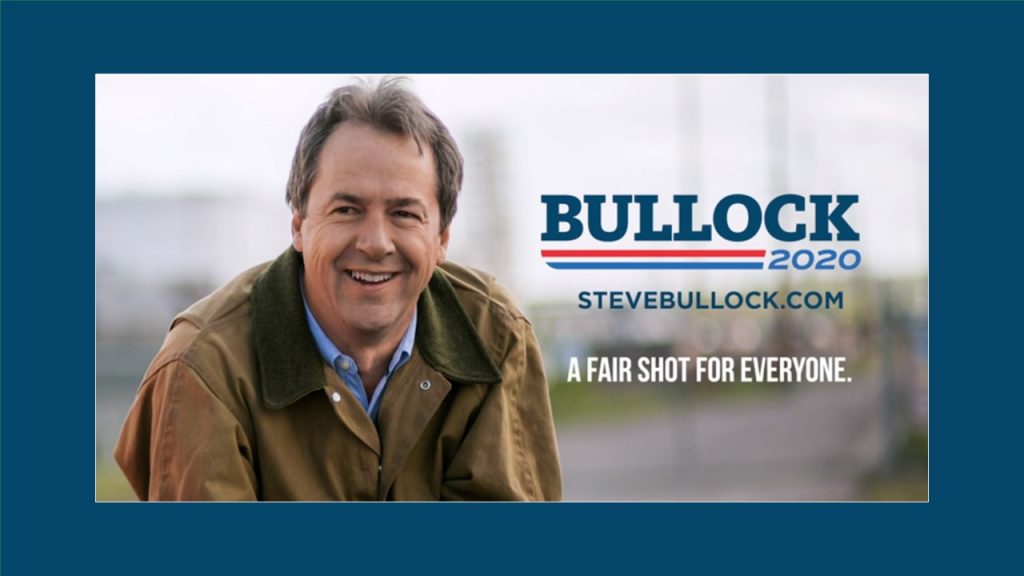 On Election Day, every voter gets one vote. It’s truly a day where we’re all equal. But after Citizens United, corporations and dark money groups have been given the ability to buy an outsized voice in our elections. The result: Washington has been so thoroughly corrupted by Big Money that it has been unable to tackle our biggest challenges.

Big Pharma spends millions to influence our government, yet we pay more for healthcare than any other industrialized nation — with nothing to show for it. Big Oil reaps huge profits while this administration puts our public lands up for sale to the highest bidder. Meanwhile, Republicans stand by and do nothing to address the climate crisis, they won’t even admit climate change is real.

Getting Big Money out of politics is the fight of our time — and it’s been the fight of my career. When I was Montana’s Attorney General, I brought the first challenge to Citizens United to the Supreme Court. And as President, I will get dark money out of our elections for good. This fight against Big Money is why I am calling on you today to donate to local campaigns. Democrats need to be competitive in every level of government. Idaho and Montana are both red states, but I’ve proven Democrats can win if we show up, listen, and work to make people’s lives better. On the same night Donald Trump won Montana by 20 points in 2016, I won by 4. And I did it without compromising on our progressive values.

Please consider donating to your local Idaho Democratic Party to help elect Democrats statewide. 100% of your contribution will go to electing Idaho Democrats up and down the ballot.

This fight for our progressive values starts with you– we are at our best when we stand together. The Idaho Democratic Party needs your support to help elect Democrats up and down the ballot. I won three statewide races in a Trump state and I believe Idaho can be another source of change.

Click here to make a contribution to the Idaho Democratic Party today!

Let’s bring this fight to the local level,

This message is a part of the Idaho Democratic Party’s partnership with presidential campaigns.