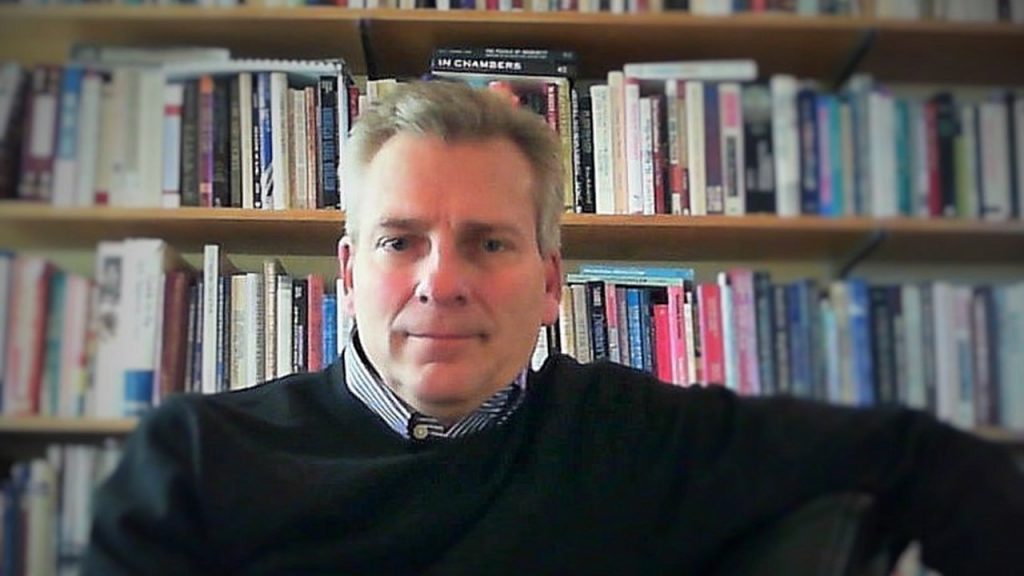 In 1964, Pulitzer Prize winning historian Richard Hofstadter wrote a short monograph describing the “paranoid style” of fringe right-wing American political discourse. He didn’t use the term in a clinical sense but borrowed it to capture a style of thinking “centering around heated exaggerations, suspiciousness, and conspiratorial fantasy.”

That style of political thinking, he said, characterized many right-wing fringe groups in American history – the anti-Mason party in the 1830s, the Know Nothing party in the 1850s, the Populists in the 1890s, the Father Coughlins and Joe McCarthys in the 1940s-50s, and the John Birchers in the 1960s.

Importantly, Hofstadter and others pointed out, these groups were not conservatives but radicals, espousing ideas antithetical to constitutional democracy. Real conservatives in the 1960s, folks like William F. Buckley and Barry Goldwater, stood up to the conspiracy fringe who were trying to infiltrate the Republican Party and expelled them from the GOP.

Unfortunately, conservatives are losing this battle today. The paranoid style is alive and well in the QAnon, stop the steal, Antifa false flag, and other nutty conspiracies and apocalyptic exaggerations prevalent in today’s radicalized GOP. It has also infiltrated the local Republican Party and political discourse here in Kootenai County.

Take Wednesday’s opinion page in The Press, which featured a conspiratorial guest opinion by KCRCC leader Brent Regan decrying the fact the community supported our local schools by passing a levy. Apparently, it was all a sinister plot to enrich public school teachers and their families, perpetrated by “operatives of the union machine” in our local schools.

Then peruse through the missives printed on the letters page of the newspaper that same day. Among other things we are exhorted to do: “only elect Christian conservatives” to school boards (Jerry Weaver); support legislation giving Idaho politicians “veto power” over federal laws and court decisions (Pamela Morgan); oppose federal legislation to protect voting rights because it is evidence that “the Communists are taking over” (Susan Reisenauer); and confronted with the stunning logic that private business owners shouldn’t ask employees and customers to wear masks because no one should be “forced to do something” (Lori Miller).

The obliviousness of these arguments to basic principles of our constitutional democracy is breathtaking. The paranoia (in Hofstadter’s terms) manifest. People are entitled to hold ignorant, even nutty political beliefs. They are not entitled to have them taken seriously or have them published.

The goal of an opinion section in a newspaper is to inform and encourage reasoned discussion on issues of public concern, not misinform, spread unhinged conspiratorial thinking, or inflame unnecessarily public debates.

We would all benefit from a little more editorial judgment about what The Press prints.