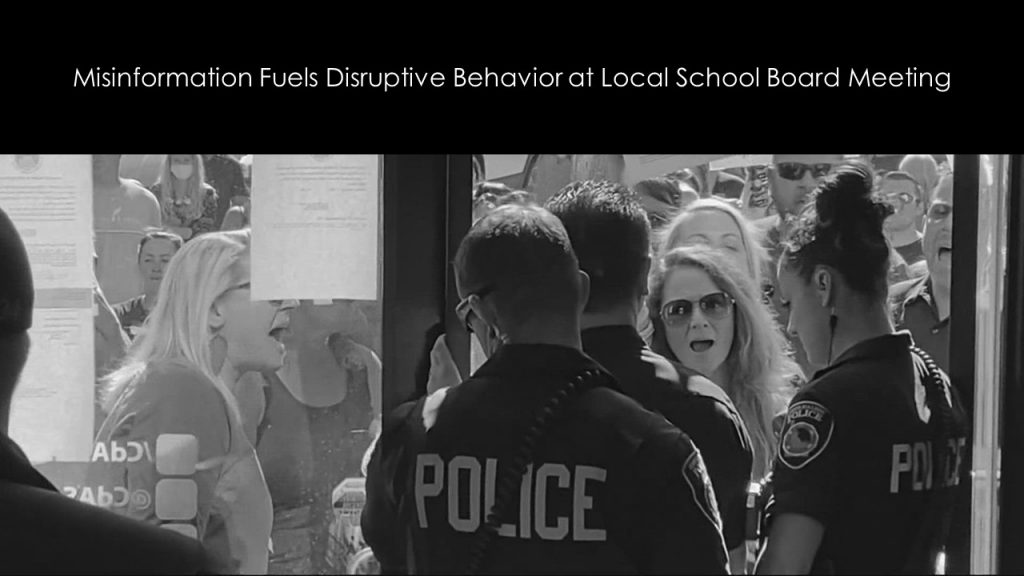 Bully tactics have no place here

When I look at the yelling, anger and even alleged threats by some people at local government meetings or toward specific government officials, I’m dismayed at what is happening to governance and civility in our community.

Our democracy is fragile and based on some shared assumptions: that all citizens will respectfully debate issues and policy differences, and peacefully resolve conflict in a democratic fashion. The majority vote — on a board, in a legislature, congress or election— wins, and the minority respects the results. Our system of government was not founded on violence, threats or bullying elected officials — regardless of party or political beliefs.

The Founders of this nation assumed conflicts between individuals and groups, and set up the constitutional government with its checks and balances to, hopefully, civilly manage those conflicts. When we no longer accept the assumptions upon which this government was founded, our democracy and domestic tranquility are in peril.

As we have seen across our nation, government officials — from governors and secretaries of state to county commissioners and election officials — have been threatened.

Locally, public meetings including school board, Panhandle Health District and city councils have sometimes been disrupted by angry protesters. In some cases, angry people have used tactics of yelling and attempting to bully elected officials to adopt their views. When they don’t get their way through argument or persuasion, they try to intimidate individuals or boards to accomplish their goals.

Having been both elected and appointed to government boards, I always expected significant disagreements between board members, as well as pressure from individuals and groups. Even though there may have been significant policy or political differences among board members, I never questioned my fellow board members’ overall good intentions to accomplish the board’s goals as outlined in law and policy.

However, now it seems people are demonized, threatened, called names, and have their good intentions questioned by people in their own community.

Social media is often ugly in its descriptions of local officials. And behavior at public meetings sometimes goes far beyond disagreements about policy and becomes angrily confrontational and disrespectful.

Disrupting a public meeting is seen by some as an appropriate tactic to use.

Do these people who angrily disrupt meetings such as at the Coeur d’Alene school board meeting want the meetings to go back online? We’ve already heard that the Chair has announced that they will be, at least in the near future.

Do these angry people want the school district to have to spend the taxpayers’ hard-earned money providing security to school board members and administrators, or would they rather spend money on the needs of students? If people can’t be civil toward board members at public meetings, then online meetings and fewer opportunities for in-person public comment will be the result. It is important in the upcoming elections for school boards, city councils and mayors that we elect people of both competence and goodwill, but also individuals who are clear about their disdain for anti-democratic bullying behavior.

What does your favorite candidate think about such behavior, and how will they react if elected to that board or council? All these upcoming elections are nonpartisan, and it is also important that voters consider each candidate’s qualifications and not just unquestionably follow partisan “voter guides.”

Many of us were shocked and dismayed by disruptive events at the recent Coeur d’Alene School Board meeting, and it is important this community be clear that yelling, threats and bullying tactics will not be tolerated in the democratically elected or appointed governing bodies in our community. “Know this my dear brothers and sisters: Everyone should be quick to listen, slow to speak, and slow to grow angry. This is because an angry person doesn’t produce God’s righteousness.” (James 1:19-20)