Article and Photography by TJ Gossard 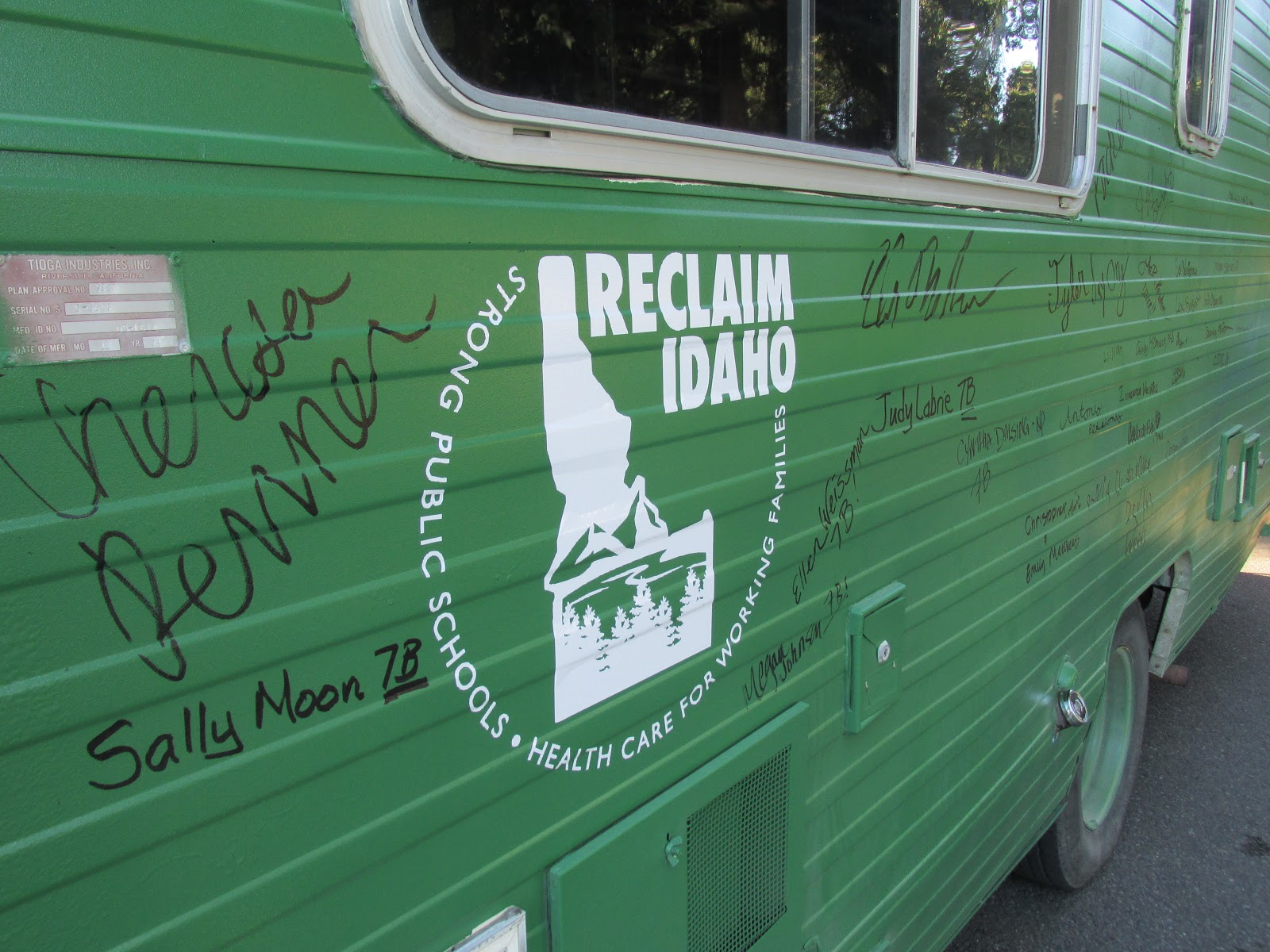 “Right now our senators—Senator Crapo, Senator Risch—are participating in an effort to begin a process, and possibly complete a process, to dismantle Medicaid as we know it: putting $800 billion out of the Medicaid program.”

These were the words of Luke Mayville, an author and postdoctoral fellow at the Center of American Studies at Columbia University, exhorting an audience of about 40 to action. Mayville shouted into a megaphone while poised atop an overturned milk carton between a tree-green 1977 Dodge camper decked out into a “Medicaid Mobile.” The audience gathered in the Coeur d’Alene park to hear Mayville speak about the Reclaim Idaho campaign.

Mayville invited two other locals, as well as audience members to come up and tell their stories.

On cutting Medicaid, Mayville said, “We know what a disaster that would be, because there are close to a quarter of a million people who depend on Medicaid in Idaho for their basic livelihood, and 115,000 of those are children. The vast majority are children and seniors.”

“So part of our tour is: we go through [the state], organizing teams of people to work on the expansion of Medicaid. But more urgently, we are requesting interviews with Senator Crapo and Senator Risch, and if they don’t answer or they don’t grant us an interview, we’ll pull the Medicaid Mobile outside their offices.”

That statement was met with applause from an audience who supported Reclaim Idaho’s official mission “to restore balance to the Idaho State Legislature by electing candidates who believe in strengthening public schools, protecting public lands and extending health care to working families.”

To achieve this, the Medicaid Mobile, adorned with signatures of event attendees, will tour the state with the intention of creating 50 neighborhood teams by the end of August. These teams will make voter contact to support Reclaim Idaho’s values and elect officials who will expand Medicaid to cover 78,000 Idahoans who are currently, and will otherwise remain, uninsured. 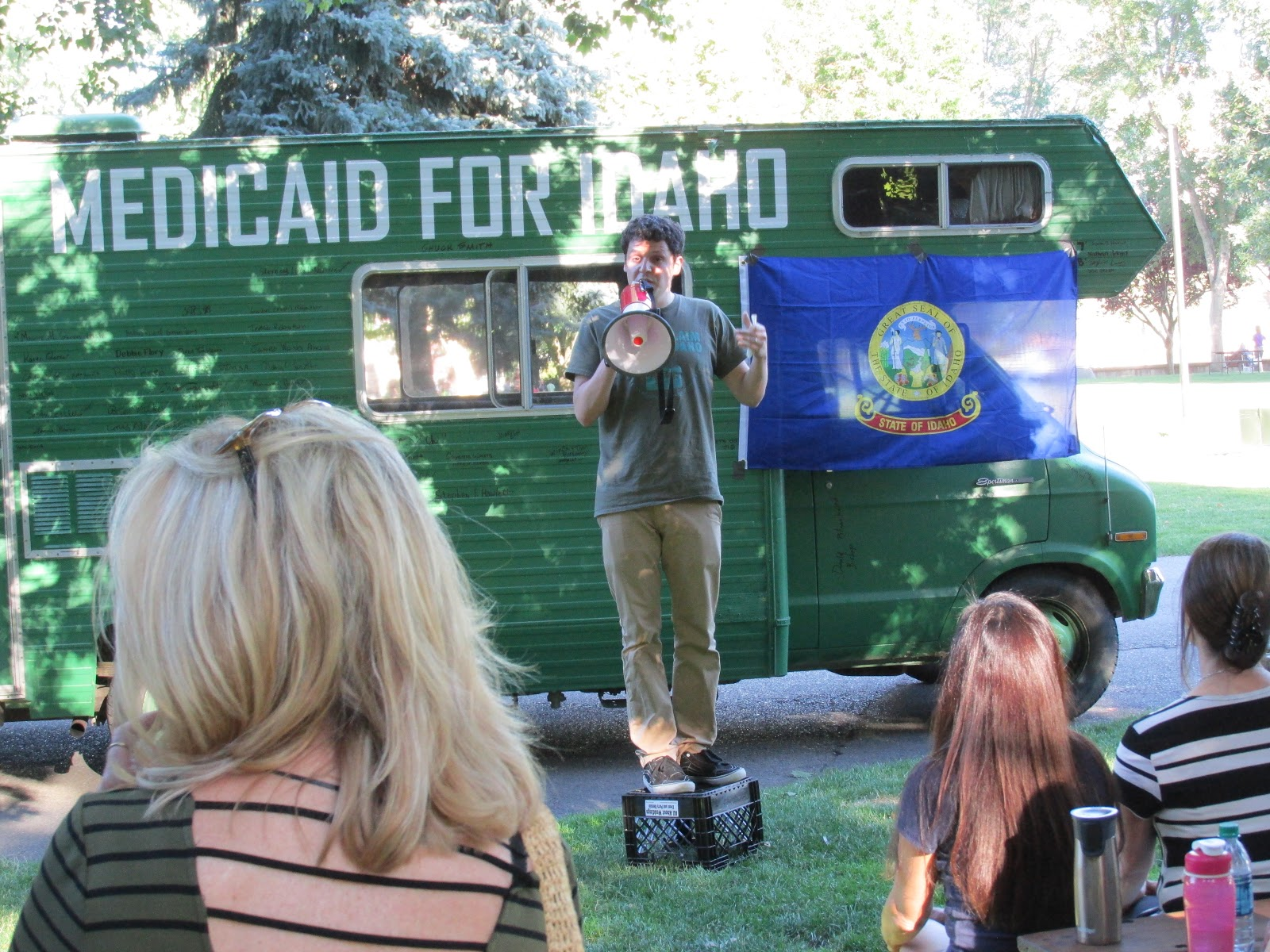 “I would not be able to retire if not for her medical insurance,” Peterson said.

“I’ve always had to make sure I had a job with health insurance, because his employer didn’t,” Foster explained.

“I had an autoimmune disorder, a life-threatening one, and if I had to pay for treatment out of pocket, I would still be working five years [past retirement age],” said Peterson.

Despite supporting the cause, neither of them had much hope for change.

Foster said she won’t have much hope “until medical care is made to be not-for-profit. Nobody in power is going to want changes.”

To those who have lost hope for change, Mayville had this to say:

“I believe there is an extreme right constituency in this state, in the Panhandle, but I think they really only win because they organize elections around divisive issues. Issues like guns, abortion and religious identity. If issues were unifying, like public education and affordable healthcare, they would not win. At least not anywhere near the level of success that they have won so far, because they might be able to barely eek out a majority or even eek out a substantial majority when they divide people, but on issues like affordable health care and public education, they don’t hold the majority opinion, and elections have not focused primarily on those issues,” Mayville said.

Mayville said he believes this moment is “almost unprecedented in our history” because “there is more of a shared sense of crisis around issues like healthcare and education and many other issues than at probably any time—certainly any time in my life time—since the civil rights movement in the ‘60s.” 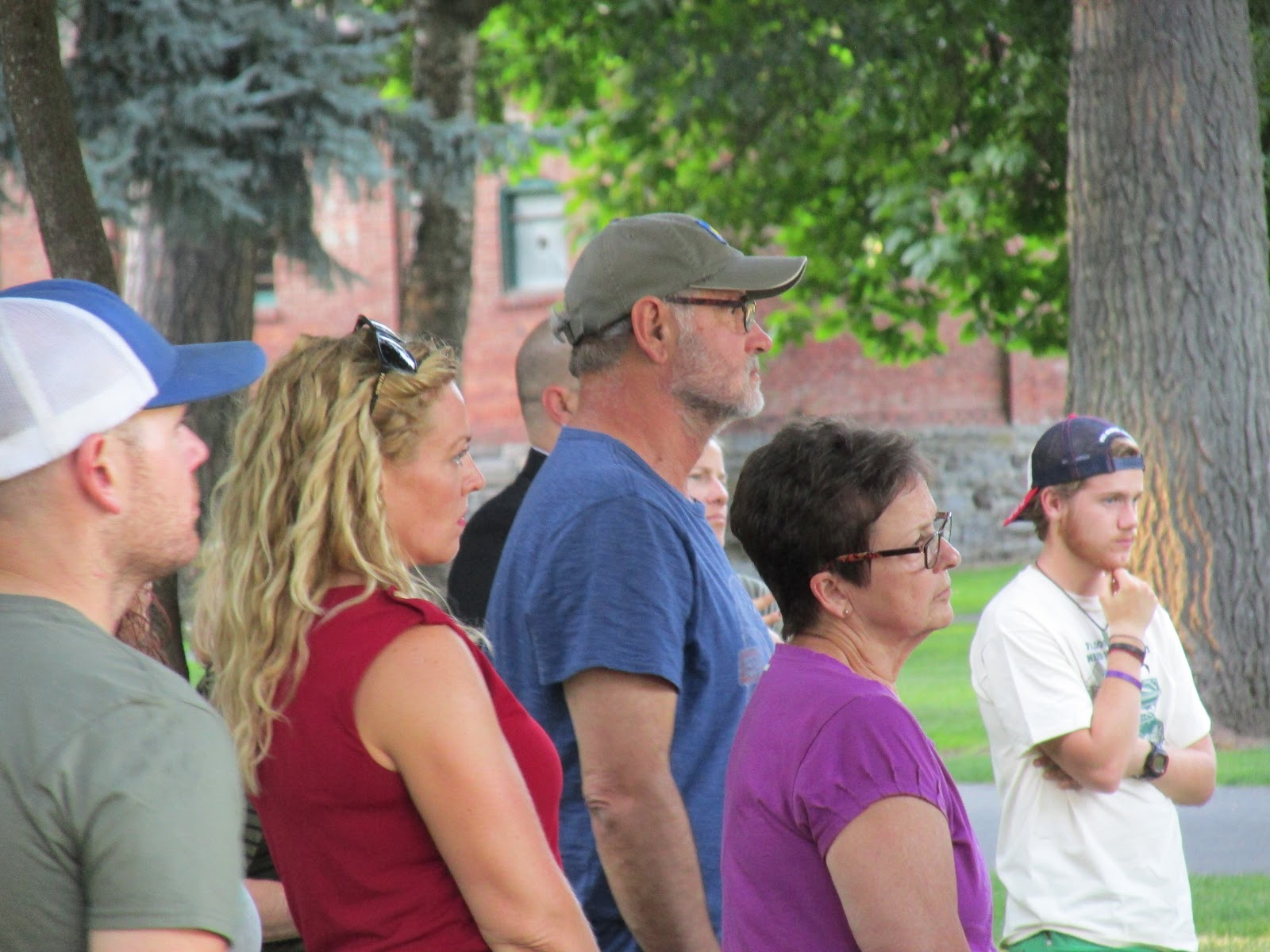 The Medicaid Mobile will be making further stops in Blackfoot, Pocatello, Driggs, Salmon, Cottonwood and more. For more updates on the tour, check out their Facebook Page, or for more information about the campaign visit the Reclaim Idaho website.