Medicaid: Hands Off Our Healthcare 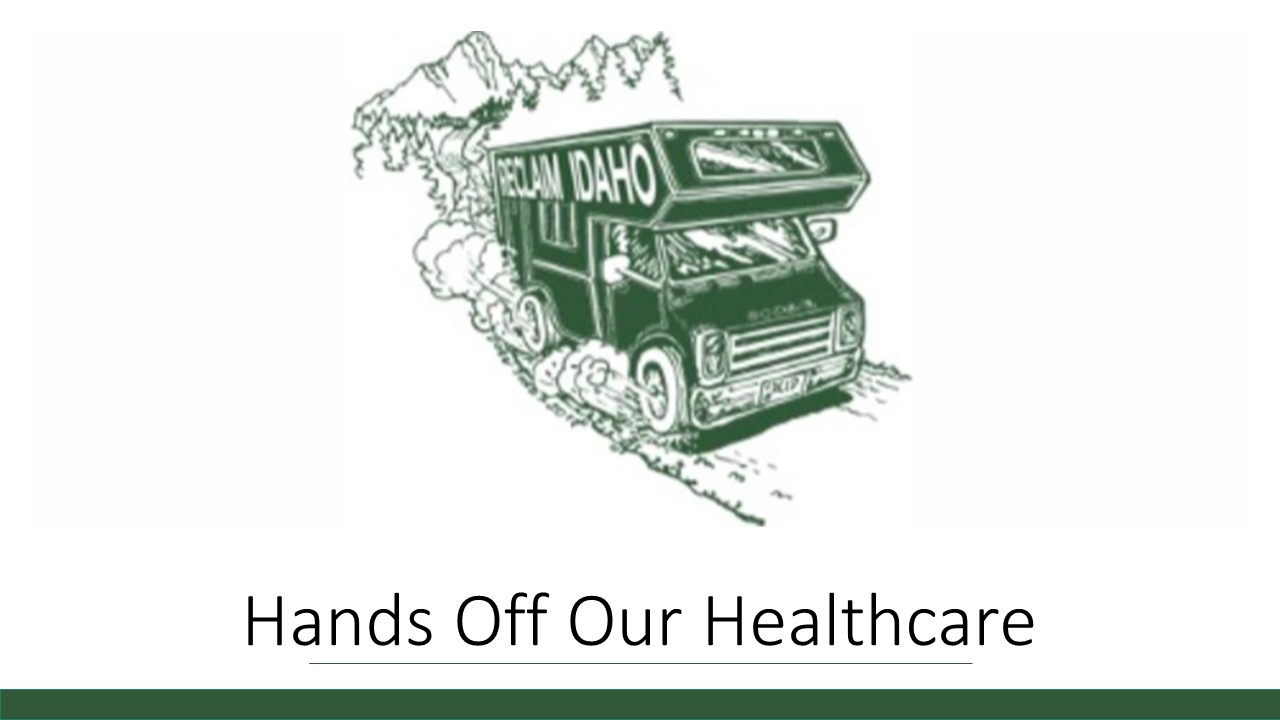 Last month, Governor Little included in his budget proposal $118 million in “Medicaid cost containment.” Let’s be clear: These are cuts to Medicaid, and there’s no good reason for these cuts–especially not during a pandemic.

Hands Off Our Healthcare

It turns out that Idaho’s Medicaid Expansion program arrived just in time.

The program was approved by voters at the ballot box in November 2018 and began providing healthcare for working Idahoans in January 2020–just months before the outbreak of COVID-19.

When we voted for Medicaid Expansion, we knew it was the right thing to do and that thousands of our family members and neighbors would benefit. But we never predicted just how critically needed the program would be in the wake of a global pandemic, when tens of thousands of workers would suddenly be laid off and left without health insurance.

And there’s something else we didn’t predict: After so many Idahoans went without healthcare for years and even decades, there is now an unforeseen amount of untreated illness and a staggering demand for medical attention.

Imagine waking up every day and going to work with intense back pain that gets worse and worse, year after year, but never seeing a doctor because you can’t afford it.

This pent-up demand will likely decrease in the years ahead as more Idahoans receive preventive treatment. But for now, the need is desperate and Medicaid Expansion is meeting it.

But shockingly, in spite of surging demand for healthcare in the midst of a global pandemic, some of Idaho’s politicians are attempting to make deep cuts to Medicaid.

In a move that shocked many of his own supporters, Governor Little recently proposed cutting Medicaid by up to $118 million. This includes cuts to the Medicaid Expansion program and also to traditional Medicaid, which provides healthcare services primarily for children and seniors.

The worst part? These cuts are totally unnecessary.

For the past several months, anti-healthcare politicians and lobbyists have been calling attention to a budget analysis by Milliman that predicts cost overruns for the Medicaid Expansion program. Due to the COVID-19 crisis and the pent-up demand for healthcare that I referenced above, the program is predicted to cost the state of Idaho roughly $29 million additional dollars in fiscal year 2022.

But here’s what our politicians aren’t mentioning: The federal government has responded to the COVID-19 crisis by boosting Idaho’s Medicaid funding by over $100 million per year, and the Biden administration plans to continue this funding until 2022.

These federal relief funds will be more than enough to offset the increased costs of Medicaid. A recent budget analysis by Close the Gap Idaho predicts that, by June of this year, the Medicaid budget will see a $63 million surplus.

It’s bad enough that our lawmakers would attempt to cut people’s healthcare during a time of so much economic uncertainty for so many Idaho families. It’s even worse that they would cut Medicaid at a time when there’s no financial reason to do so.

When 61% of Idahoans voted for Medicaid Expansion, they did so knowing the program would be both fiscally responsible and a source of health and security for tens of thousands of their neighbors. Now more than ever, it’s time for our lawmakers to listen to the people they claim to serve.