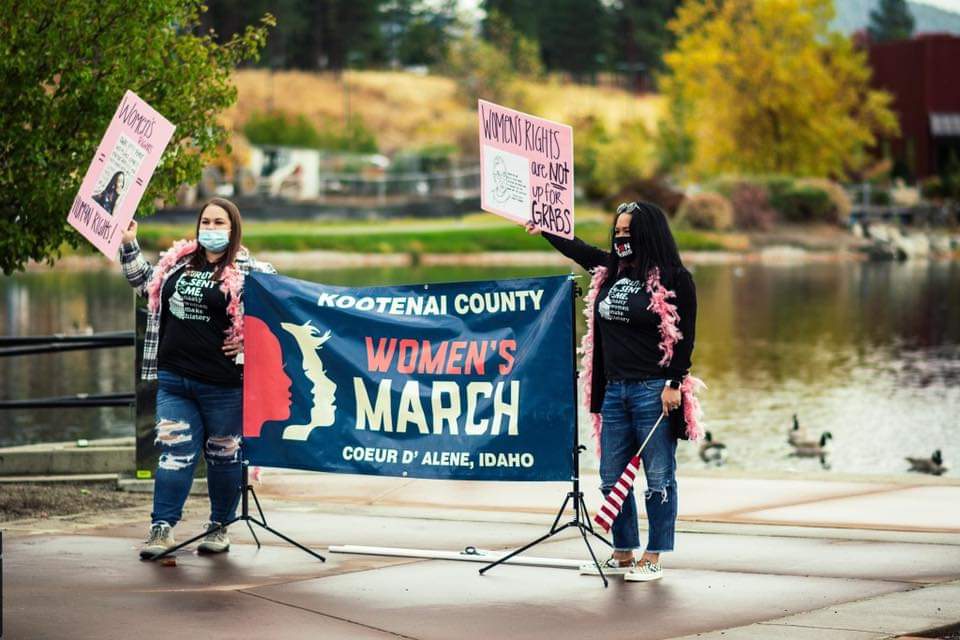 The Kootenai County Women’s March will be this Saturday at 11 a.m. at the Village at Riverstone in Coeur d’Alene.

Beginning at noon, participants will travel from Riverstone down Northwest Boulevard onto Sherman Avenue.

The event gives women an opportunity to gather openly and voice concerns while standing up for women’s equality and rights.

“This area does tend to lean very far to the right,” said Laura Tenneson, the event coordinator. “People who are on the left side can feel very alone.”

About 20 women, men and children gathered Saturday at The Hive, a female-centric, creative co-working space, to make signs in preparation for the march. Walton will speak about the oppression she experienced living under the John Birch Society and its political influence on policy in Idaho.

Cadwallader, the owner of The Hive, will address women’s responsibility to role model open discussions about women’s rights and issues. Cadwallader said that growing up, she was often discouraged from discussing issues that women face. She wants to set a healthy example for her own children and other women.

“That is leadership,” Cadwallader said. “For our children, our daughters, our sisters — they have to see that you take a stand for the protection of women’s rights. As a woman and mother who loves my children, I also love having rights over my own body.”

Dr. Coralyn Alexander, a child and adolescent psychiatrist and long time activist and advocate, will speak on the importance of abortion rights for sexual assault victims, as well as facts about sexual assault and domestic violence in our community.

“It’s a very common event in our culture, and access to abortion after rape is essential for women’s health,” Alexander said. “We’re finally coming out of the shadows and talking about it.”

Alexander said pregnancy following an assault is far more common than most realize. Alexander works with victims of assault. She said pregnancy is often used by abusers to keep women trapped in the abusive relationship.

“Abortion rights are critical,” she said. “Politics and religion do not matter. I was taught as a physician

that you put your views aside and do what is best for your patients.”

Alexander will also address the mental health consequences of cutting off abortion access to those who need it.

Following Donald Trump’s election to the presidency, the Women’s March began in 2016 in protest to the way Trump spoke about and behaved toward women, Tenneson said.

Last year’s march was the first in Kootenai County. With a zero dollar budget and two weeks of planning, over 400 people showed up.

“It was very inspiring for everyone,” Tenneson said. “It was awesome to be around so many likeminded women in such a red area.”

Vickie Locken, a “peacekeeper” for the march, said that other than a couple of hecklers, last year’s event was peaceful and safe for all involved.

Masks will be required for all participants and anybody wishing to march only needs to show up.