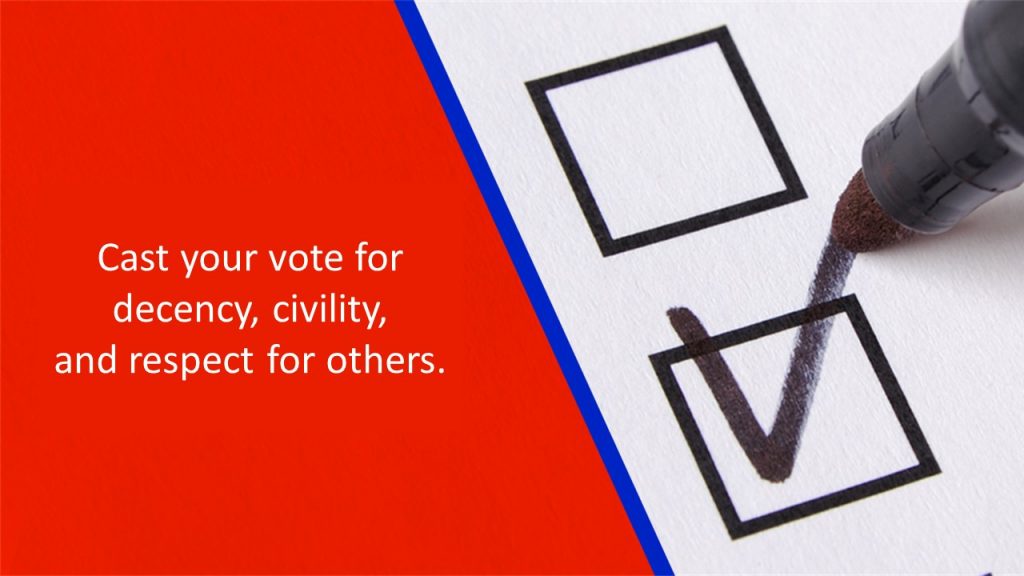 Are you exhausted by our local politics?

I am. Suddenly it seems every issue, no matter how mundane or untethered from facts, is an existential crisis requiring some people to run to the ramparts. These folks burn masks outside hospitals full of sick COVID patients; mob school board meetings; believe vaccines are a conspiracy (but horse de-wormer is a miraculous cure they’re denied); replace qualified college administrators with crony friends; and are convinced any discussion of changing county government is a plot to oppress them.

These people are angry and they’re afraid. They want you to be afraid, too. They want you to fear Marxist educational elites indoctrinating kids; tyrannical healthcare professionals taking away freedom; and corrupt government elites conspiring to deprive you of the sacred right to vote for the county dogcatcher.

That’s why local, nonpartisan elections, according to these folks, are a “spiritual war.” They must vet candidates to ensure “our naturally evolved iteration of Western Civilization” won’t be replaced. These oppressed, “traditional Americans are forced to engage in nothing less than a civic war for the very soul of our culture.”

Really? Is it just me, or does this seem out of a Saturday Night Live skit?

It would be funny if it wasn’t so exhausting, and, frankly, frightening.

The faux populism and paranoia that has poisoned our national civic discourse now also infects local politics — appealing to tribalism, demonizing others, transforming ordinary disputes into cosmic struggles between good and evil.

The politics of fear.

Stacks of research in political psychology demonstrate that fear is a powerful motivator (which is why it’s used in negative campaign advertising). But it’s toxic to democracy. It undermines the common bonds of citizenship and makes compromise and pursuit of the common good impossible. It’s particularly destructive to local government, which is more about competence and temperament than spiritual warfare.

Constitutional historian Walter Berns was right when he said, “The question is not whether elites will govern, but rather which elites will govern. The challenge is to ensure we are governed by worthy elites.”

Anyone holding positions of influence are by definition “elite.” Donald Trump is an elite. Our local legislators and the NIC board of trustees are elites. So, too, is the head of the local KCRCC.

The question is whether they’re worthy.

The great historian Richard Hoftsadter coined the term “political paranoia” to describe the John Birchers and radical populists of the 1960s. That term, he said, captured their style of political discourse, which “centered around heated exaggerations, suspiciousness, and conspiratorial fantasy.” Such paranoia was nothing new, Hofstadter noted. From the “Know Nothings” in the 1850s, to William Jennings Bryant in the 1890s, to Father Caughlin and Joe McCarthy in the 1940s and ’50s, populism and paranoia have always infested the radical fringes. Those seeking to educate us about “traditional Americans” might try reading American history to see how their rhetoric echoes from the past.

There is, however, a lot of misinformation. So, to be clear, teaching school children to respect others is not a Leftist plot to take away parental rights.

Critical race theory (an epistemological theory about identity) is not taught in our schools. Kids are not being indoctrinated (as even Ms. McGeachin’s taskforce found but tried to hide).

Likewise, decisions about parks and public art, or balancing affordable housing with rural lifestyles, while important, are not existential challenges. Those who disagree with us are not Marxists, Fascists or evil conspirators; let’s stop talking about them that way.

Those of us living in North Idaho for many years undoubtedly see things differently than recent arrivals. We see dedicated teachers and volunteer school boards working tirelessly to build excellent schools, to which we’ve been proud to send our children.

We see local medical professionals providing state of- the-art healthcare. We see local mayors and council members who grew up here volunteering untold hours on committees, boards and public service. These folks have invested themselves into making this community a great place to live. That’s why people want to move here.

So, why all the fear?

I wouldn’t presume to tell others how to vote but I would encourage you to consider a few things this election. First, if someone tells you they are more American than some other, don’t listen — no idea is more un-American than that!

Second, ignore appeals to fear. Ask candidates what they are for, not what they’re against or aggrieved by. Third, ignore populist tropes — look for qualified candidates.

Competence, experience and judgement matter, as the NIC debacle illustrates.

Finally, vote for candidates who demonstrate decency, civility and respect for others. Democratic politics is not a moral crusade, it requires us to work with others with whom we sometimes disagree to advance the common good.

If we elect worthy leaders, our politics will be less exhausting and a lot less frightening.