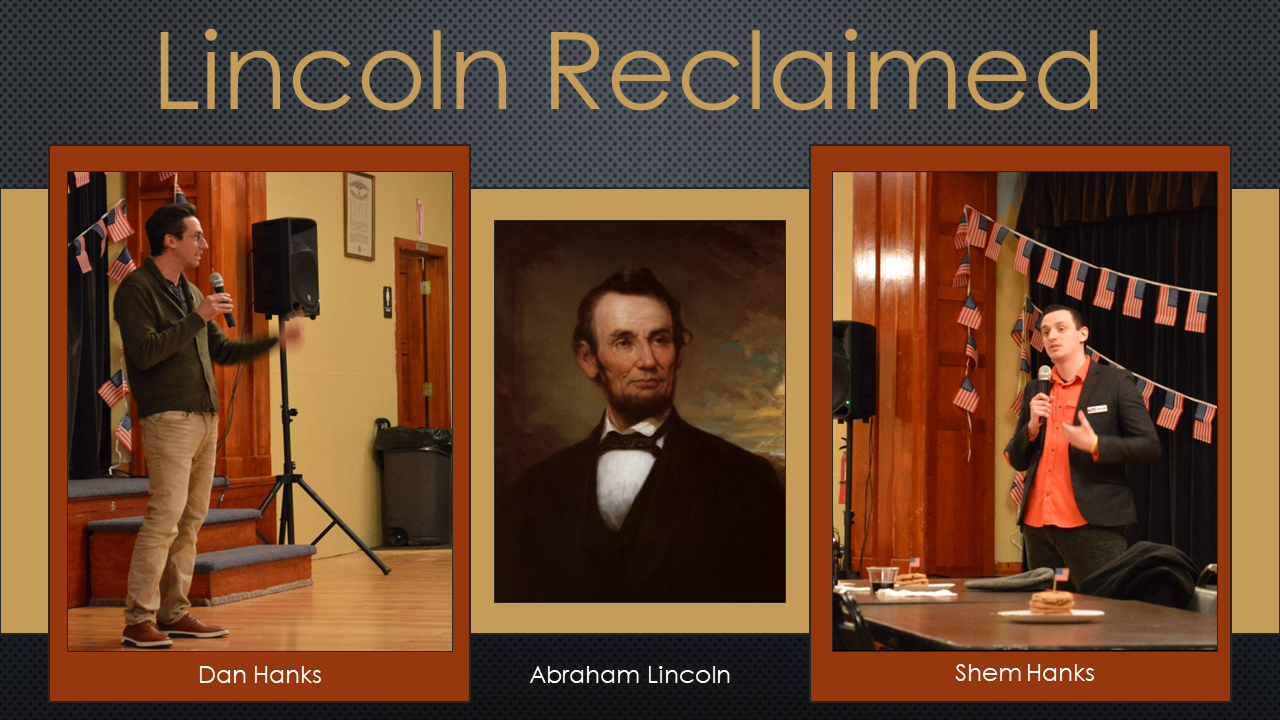 Two local Democrats want you to know they are running to become Idaho State Legislators for Kootenai County. Their campaigns emphasize their intention to reclaim values true to their bloodline. The brothers, Dan and Shem Hanks, are great, great, great, great, great nephews of Nancy Hanks. So why is that significant you ask? Well, Nancy Hanks gave birth to Abraham Lincoln. On Friday, March 23, the Hanks brothers kicked off their dual political campaigns with a celebration of their unique heritage. They also spoke of the values they share with our  16th President-Abraham Lincoln and their desire to see Lincoln Reclaimed. Over 80 people were in attendance at the fundraiser held at the Coeur d’Alene Eagles Lodge.

Many people may be surprised to hear that Lincoln is considered a founder of the Republican Party. At the time, the party was considered progressive. For example, they pushed for the reform of labor rights and weakening the restrictive policies on land ownership. They also ran on the principles outlined in the Declaration of Independence which states among other things that “all men are created equal” and possess “inalienable rights endowed by their Creator.” It is clear to anybody who is paying attention that this isn’t today’s Republican Party. Living here in Idaho, this comes as no surprise. “The establishment party in Idaho no longer shares the values of Abraham Lincoln. As a person who can trace his lineage directly to Lincoln, I am taking him back,” said Shem Hanks, Democratic candidate for Idaho state representative in Legislative District 4. Coincidentally, the Kootenai County Republican Central Committee hosted their annual Lincoln Day Dinner on the same night. “Many people in Kootenai County think the far right is the only show in town. We are offering a reasonable alternative,” said Dan Hanks, Democratic candidate for the state House of Representatives, District 3. 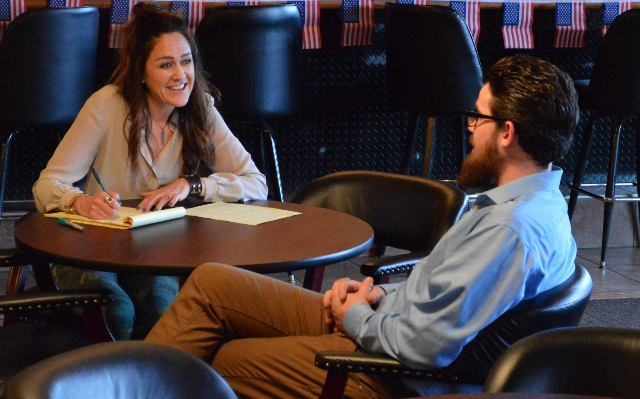 To keep everyone’s hunger in check, Drummin’ Up BBQ served up a tasty buffet. In addition to the great food, the campaigns offered DOMA’s ‘Hanks-to-the-House’ coffee blend. They gave bags of coffee to patrons who donated over $20 to either campaign. 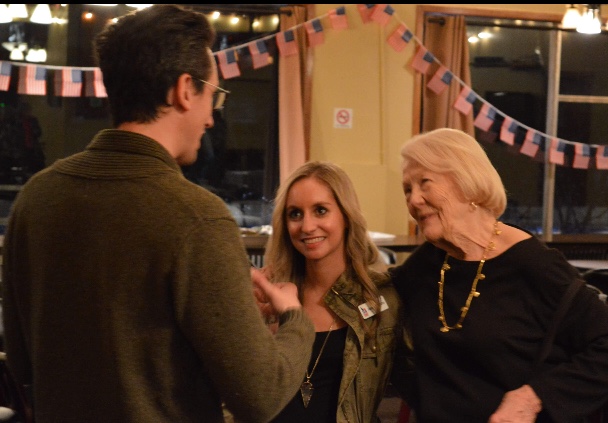 Paula Neils, Chair of the Kootenai County Democrats, kicked things off with a poem called “Nancy Hanks”. Rosemary Benet wrote the well known poem that appeared in a book of poetry called “Book of Americans,” published in 1933. Following Paula, Kristin Ludwig invited Shem to start off the night’s speeches. Kristin is the campaign manager for both of the Hanks’ campaigns. After Shem’s speech, Jessica Nash introduced Emily Strizich from Reclaim Idaho. In addition to supporting the campaign launch party, Emily spoke about the Petition Drive for Idaho Medicaid Expansion. She said that Kootenai County activists are continuing to collect needed signatures before the April 30 deadline. Jessica Nash works with Emily on Medicaid expansion as the coordinator for Kootenai County. Traci Hanks followed the Medicaid Expansion update. Traci is Dan’s wife. She told the story of how she and Dan met. Finally, Dan finished the night with his reasons for running for office. He also detailed the importance of everyone working together. He used the analogy of dogs on a sled team who work together to pull the sled over the finish line. For the Hanks Brothers, that finish line is in Boise at the State Legislature. #hankstothehouse