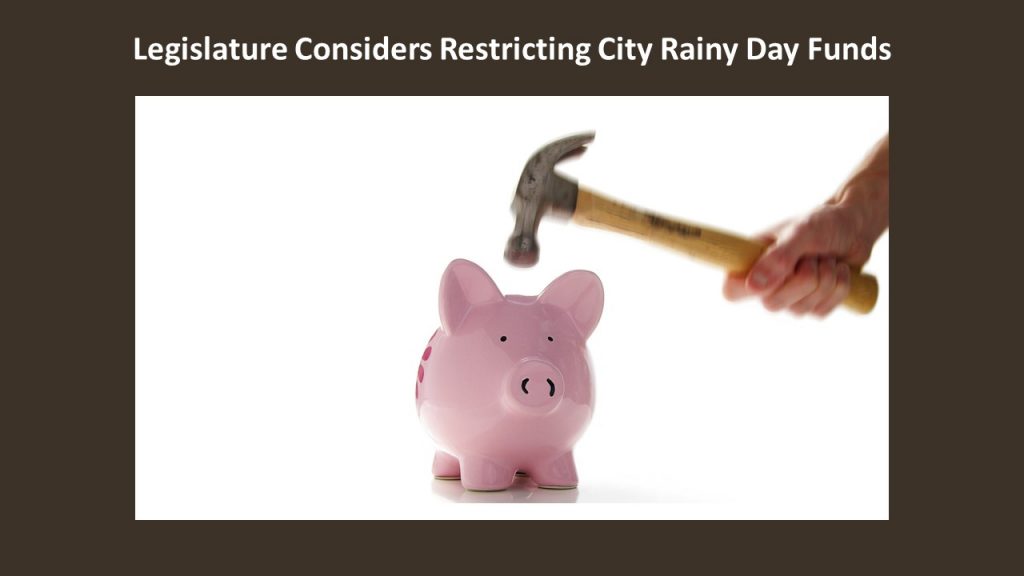 The Idaho Property Taxes and Revenue Expenditures Interim Committee is charged with studying the state’s tax system and recommending ways to benefit Idaho at large.

Co-chaired by Coeur d’Alene Rep. Jim Addis, the interim committee began its summer 2021 session on Aug. 27. At the meeting, representatives posed several discussion items they wanted to review ahead of 2022.

Addis said one proposal by a southern Idaho lawmaker was to address entities with an “excess fund balance” — or “money held above and beyond the projected need of taxing districts.”

Coeur d’Alene Mayor Steve Widmyer isn’t keen on the idea. “My thoughts are they should mind their own business,” Widmyer said. “That’s a local decision for local budgets.” In Widmyer’s eight years as mayor, the city’s fund balance has done far more than protect taxpayers from unforeseen rainy days. It has financed the remodel of City Hall, purchased police vehicles and balanced annual budgets to allow 0% property tax increases.

“Like any private individual has a rainy-day fund in case the roof leaks or their car breaks down, the city does the same,” Widmyer told The Press. “It’s important to have that savings account just like any family should.”

“The city is not out using fund balance as a slush fund,” Jacobson said. “We’re fiscally prudent, and I don’t think you can paint every city with the same brush.”

Widmyer said he thinks lawmakers are looking at limiting fund balance because of the city of Boise. In the fiscal year 2021, Boise approved a $449.2 million budget, $238.4 million — or 53% — stemming from general fund appropriations.

Last year, Addis said the city of Boise “admitted to keeping an extra $49 million” in excess fund balance. Addis said some legislators see an entity’s high balance as over taxation of property owners. However, Addis said he recognizes the funding is necessary and benefits the electorate.

Addis said the definition of an “excessive” fund balance would be dependent on the legislation. He noted that this is not an issue in all districts, but the few that raise concerns warrant lawmakers’ attention.

“Taxing districts don’t want the legislature telling them how much budget to carry,” Addis said. “Cities and counties will say get out of our business and let us do what we were elected to do.” Through House Bill 73, proposed by Addis in the 2021 session, the legislature approved a new system intended to provide transparent, uniform reports of district spending. Addis said the program should be fully operational within the next five years.

“The key is being aware of your local budgets as they pertain to your taxes. That’s why we passed HB 73. It will make it easy for local taxpayers to understand budgets,” Addis said. “I would much prefer that local taxpayers and voters make local decisions.”

Other ideas mentioned in the interim committee meeting include:

“Quite frankly, new growth has to do a better job paying for itself,” he said. “I think that’s been beaten to death.” Jacobson said that in his opinion, the legislation passed by state lawmakers earlier this year limited the ability of local governments to pay for new growth. Specifically, Jacobson referenced House Bill 389, which intended to slow rising property taxes by putting caps on budget items like new growth and urban renewal district revenue.

“One of the reasons (Post Falls) has not had to increase the levy rate is because of the growth we’ve experienced. What did they do last year? Limit our ability to pay for costs associated with growth,” Jacobson said. “I don’t think it accomplished what it needed to.”

Jacobson also objected to Addis’s comments in The Press that “The local taxing entity is free to spend less. No one is putting a gun to anyone’s head.”

“That was insulting,” Jacobson said. “We are not going out and spending. We are coming up with good, balanced budgets. I think it’s ridiculous that the state wants to get involved.”

Legislature could target cities’ funds-Local mayors argue that should be a local decision
By MADISON HARDY Staff Writer, CDA Press