Laws Apply to These Candidates Too 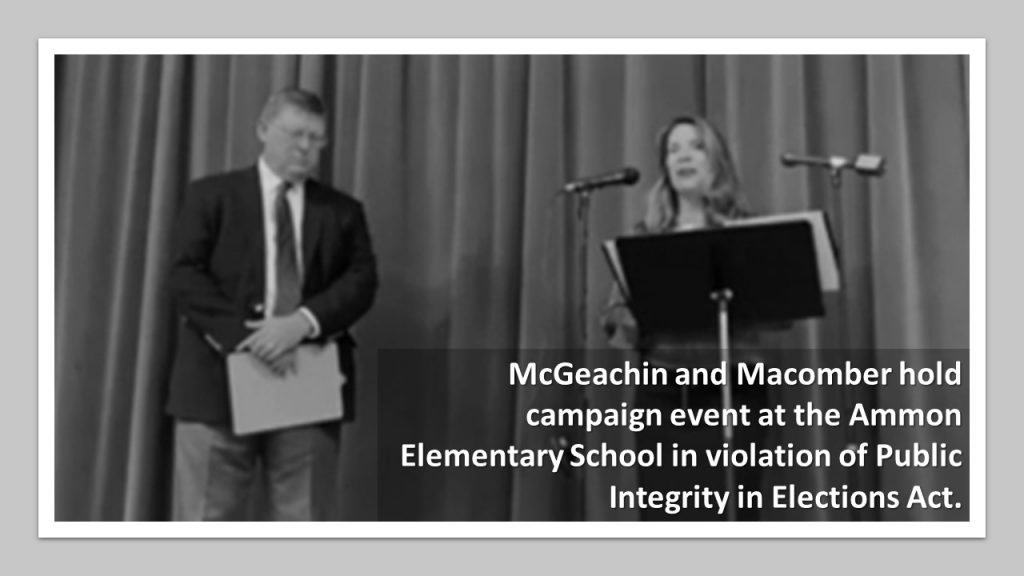 Law applies to these candidates, too.

Having served as Idaho attorney general for eight years back in the 1980s, I feel qualified to provide a little friendly legal advice to attorney general candidate Arthur Macomber. Those who wish to be the state’s chief legal officer should learn the law and try to abide by it. Macomber held a press conference in Ammon, along with wanna-be Governor Janice McGeachin, on Oct. 14. Both candidates used it as an opportunity to tout their candidacies.

The only problem is the campaign event was held at the Ammon Elementary School, which is obviously public property. In 2018, the Idaho Legislature passed the Public Integrity in Elections Act, which says it is “against the public policy of the state of Idaho” to use public property to advocate for a candidate. The law provides civil penalties, which can be enforced by the Idaho Attorney General. The Ammon school officials can’t be faulted for the improper use of their school property because they were apparently blind-sided by the inconsiderate duo, not

having been told this would be a campaign event. The problem could have been avoided if Macomber had acquainted himself with Idaho law, as you would expect of a candidate for an important legal office.

McGeachin used the press conference to defend her decision to violate Idaho’s public records law by refusing to release to the Idaho Press Club the public comments gathered by her indoctrination task force. It is understandable why she did not want anyone to know that the great majority of the comments strongly opposed her campaign to smear public schools and their local school boards and teachers.

The judge held she had acted in “bad faith” in refusing to obey the law and required that she pay a $750 penalty, as well as the Press Club’s attorney bill of $28,973.84. She now wants the taxpayers to shoulder those expenses, but she should pay out of her own pocket. Acting in bad faith is not within her job responsibilities.

McGeachin first claimed that she stonewalled the documents to protect her supporters’ identities, but then shifted gears, blaming it all on bad advice from Attorney General Lawrence Wasden. Macomber then chimed in, claiming Wasden created the entire problem by “bad lawyering.”

Anyone who has followed the career of Attorney General Wasden knows he is the foremost advocate in the state for open and honest government.

He has held numerous meetings around Idaho over the years to educate government officials and the public as to the requirements of Idaho’s public records law and to urge that they fully comply with it. He would be the last one in the state to advise McGeachin to stonewall a record request.

McGeachin then waved a piece of paper in front of the news cameras, claiming it to be proof positive of Wasden’s bad advice.

When asked to give the paper to the press, she refused, claiming it to be a confidential communication from her lawyer, Wasden.

McGeachin then tore it to pieces.

Acting in a courteous and professional manner despite the provocation, Wasden declined to disclose his advice to McGeachin. However, his office tellingly commented that the kerfuffle was “an excellent demonstration of why government should seek legal counsel that it needs to hear instead of what it wants to hear.”

Press Club President Betsy Russell requested a copy of the email and this time McGeachin’s office obeyed the law, handing it over on Oct. 18. It put the lie to McGeachin’s and Macomber’s claims of bad lawyering by the Attorney General.