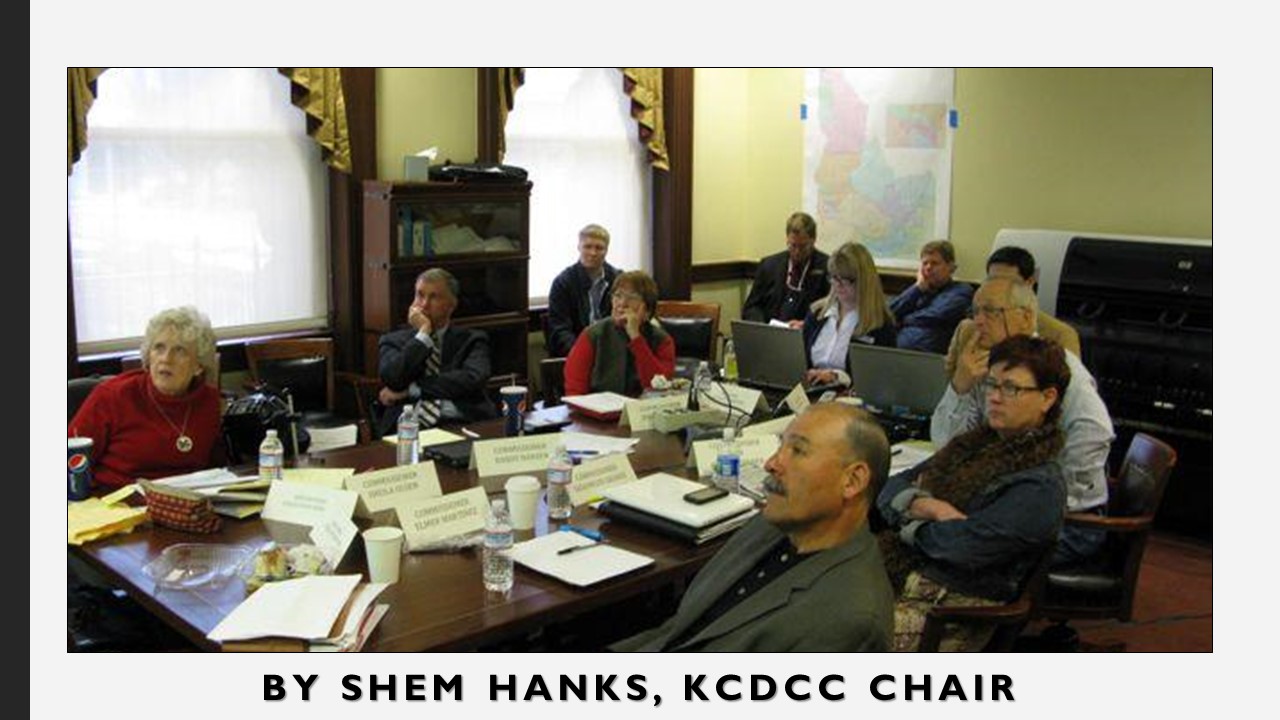 However, despite a lack of support from citizens, a 1984 ruling by the Idaho Supreme Court, and a 1994 Constitutional amendment, the Republican supermajority rejected the gold standard of an even numbered, bipartisan redistricting commission. Instead, they revealed that they would continue to chafe at the prospect of basic fairness and seek to thwart bipartisan and non-partisan participation in Idaho government.

The Kootenai County Democratic Central Committee supports the efforts of the Idaho Legislators who stood against Republican efforts to disenfranchise Idaho voters and reinstate a partisan controlled redistricting process. The KCDCC is grateful that this unacceptable piece of legislation was sent back to the House State Affairs Committee. The KCDCC demands that the House State Affairs Committee discontinue its efforts to “stack the deck” against Idaho citizens. The KCDCC calls on the District 2, District 3, and District 4 senators and representatives to turn their efforts away from gerrymandering and towards bipartisan solutions that will benefit our communities.