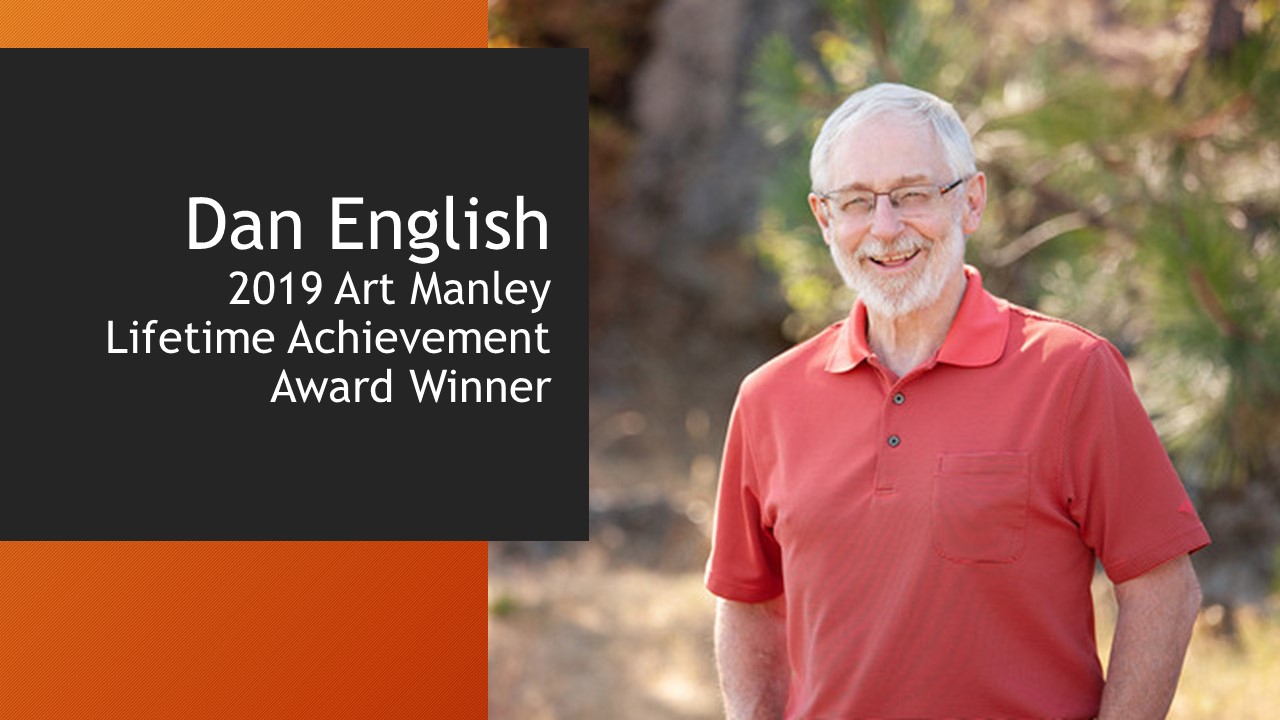 The Kootenai Democrats choose Dan English as the 2019 recipient of the Art Manley Lifetime Achievement Award.

Dan began his career in public service as a juvenile probation officer and won a seat on the school board. As a result of that experience, in 1983, he founded Anchor House, a home for troubled boys, which eventually merged with the Idaho Youth Ranch and expanded its services to include a fully-accredited residential treatment program with drug and alcohol treatment, an accredited alternative school, and job-training programs. He was also the founder of the Youth for Christ program in Coeur d’Alene.

In 1993, he left to take employment in the private sector but quickly realized his dream of running for another public office. For 15 years he ably headed the Kootenai County Clerk’s office. During his tenure, he developed a light-weight, easily set up voting booth, called Tote-a-Vote. His first profits were donated to Project YES, a shelter for kids on the IYR campus. In the red tsunami that hit Kootenai County he lost to a Republican but holds the title of the last Democrat elected to a partisan seat in the county–until 2020 (when we will change this story!).

Dan then pursued public service through serving as the head of several non-profits in the county, including CASA, Habitat for Humanity, and the Area Agency on Aging. In 2016, he also ran successfully for a seat on the Coeur d’Alene City Council.

Politics is an enduring interest of Dan’s, and the local Democrats–and the local newspaper–often call upon him to interpret election results. We gratefully acknowledge the role that his wife Cory has had in helping Dan pursue his dreams with her steadfast support and wise counsel. With Dan’s help and expertise in running a campaign she ran a credible, though unsuccessful, campaign for Idaho state Senate in 2018.

Dan English is indeed worthy of the honor of the Art Manley Lifetime Achievement Award for 2019.