Is this defense or intimidation? 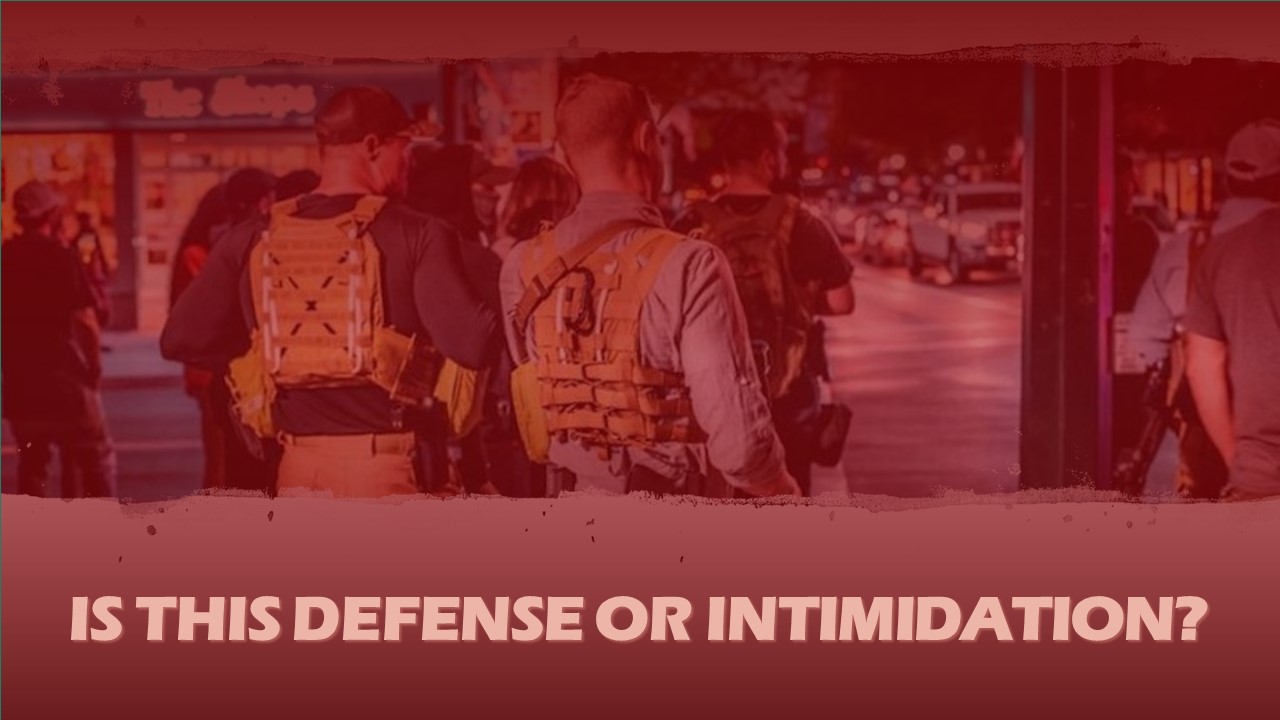 A militia movement, recast, takes to the streets of North Idaho

But when online messages suggested she be put in a body bag, bullet casings appeared on her friends’ front porches, and armed civilians — some of them members of unofficial militia groups — began patrolling the streets downtown, she packed her bags and left her birthplace, taking her 13-year-old son with her to an undisclosed location.

“It feels like letting them win by not being in Coeur d’Alene right now and fighting the good fight,” Schroeder said. “But I also don’t want to be a martyr in what is already written, in their plan book, to be a big fight.”

When Black Lives Matter protests broke out across the country after the police killing of George Floyd this summer, Schroeder watched as small groups of high school and college-aged protesters in Coeur d’Alene were met with as many as 400 civilians, mostly white men, purporting to be their “protectors.”

Brandishing AR-style semi-automatic rifles, the men proclaimed they were there to safeguard local businesses and protesters from a rumored antifa incursion. While the mayor and City Council described their armed presence as potentially “reassuring,” some protesters said the true goal was intimidation.