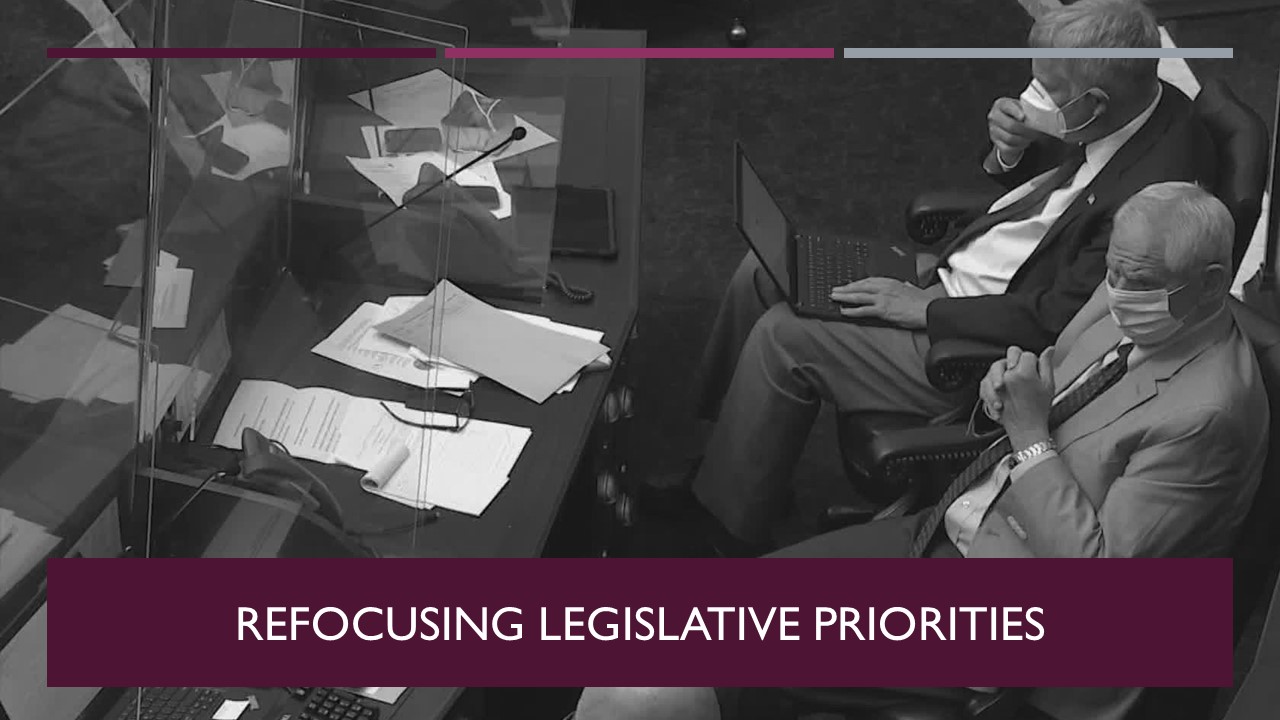 The 2021 Idaho Legislature is at it again. So far this session a number of bills have been proposed both by the Senate and the House. In its usual fashion, various members have proposed nonessential, voter suppressing fluff to let us know they are working night and day to move Idaho into the 19th century.

Sen. Steve Vick, as you know, has written legislation to make it even more difficult for grassroots movements to bring initiatives to the ballot after recent Medicaid Expansion was passed by 67% of we, the voters in 2018. The Legislature did their best to slice and dice the people’s will but it was finally signed into law unscathed by Governor Little last year, bringing affordable health care to 80,000 previously uninsured Idahoans.

Sen. Vick’s proposed bill is a blatant effort at voter suppression. Diluting and restricting the governor’s power to impose a state of emergency and for how long is yet another bit of brilliance written by our elected officials in conjunction with their colleagues and hailed by the anti-masking proponents. One must assume they own magic wands to keep Idahoans from dying. Another harsh solution to a very rare problem, that will also restrict all future governors’ ability to keep our citizens safe.

Women’s rights is always a hot emotional topic, brought up every year in an attempt to legislate a woman’s body, even though Roe v. Wade was deemed constitutional decades ago. Again, every elected official present at the recent KCRCC Town Hall held at The Altar Church on Feb. 13, at times yelling into their microphones, called to prosecute women who choose abortion.

Let me be very clear, there is not a woman in the world who would choose abortion when given safe options.

However, if you deign to interfere with a woman’s choice, you must also prosecute her male counterpart when, as Republicans agree, “life begins at conception.” Sen. Mary Souza (R-DIST. 4) or Representative Vito Barbieri (R-2A) are speaking out of both sides of their mouths when they also refuse proper educational and health care funding for some of these same children. What they are is PRO BIRTH.

Sen. C. Scott Grow (R-14), has dreamed up a Constitutional Amendment to stop that evil, madness-inducing, naturally occurring plant called cannabis from ever being considered legal, even as a medical alternative, within the borders of Idaho.

How will this legislation be enforceable if our law enforcement can’t even figure out a mask mandate? Paranoia, misinformation and myth surround cannabis.

Well folks, marijuana is not addictive. It may be a gateway substance to those who may be predisposed to addictive behavior, but so is alcohol, OxyContin, gambling and smoking.

Where is the legislation against these habitual ills that do lead to criminal behavior?

Rep. Ilana Rubel, (D-18A), along with Rep. Mike Kingsley (R-Lewiston), have introduced a very narrow bill to allow medicinal cannabis that would be impossible to manipulate and prevents a pathway to the proverbial “slippery slope of drug addiction” that so many anti-cannabis protesters love to invoke. Sen. Grow’s bill, on the other hand, would make ALL drugs in our state that are not currently legal, illegal.

Finally, there is a movement afoot to politicize nonpartisan appointments and elections. Entities such as school boards, city councils and health districts, would all feel the blade of this recklessly wielded ax.

Public health, education and city business decisions would be decided politically by non-experts.

Instead of legislating nonsensical, obscure and suppressive laws, we need to demand more from our elected officials. Vital issues are screaming to be dealt with such as unmanaged growth, failing and inadequate infrastructure, education funding so levies are not a necessity, livable wages, climate change and common sense gun safety to prevent suicide and accidental death.

Issues that affect our daily lives. In short, no more lip service and double talk.