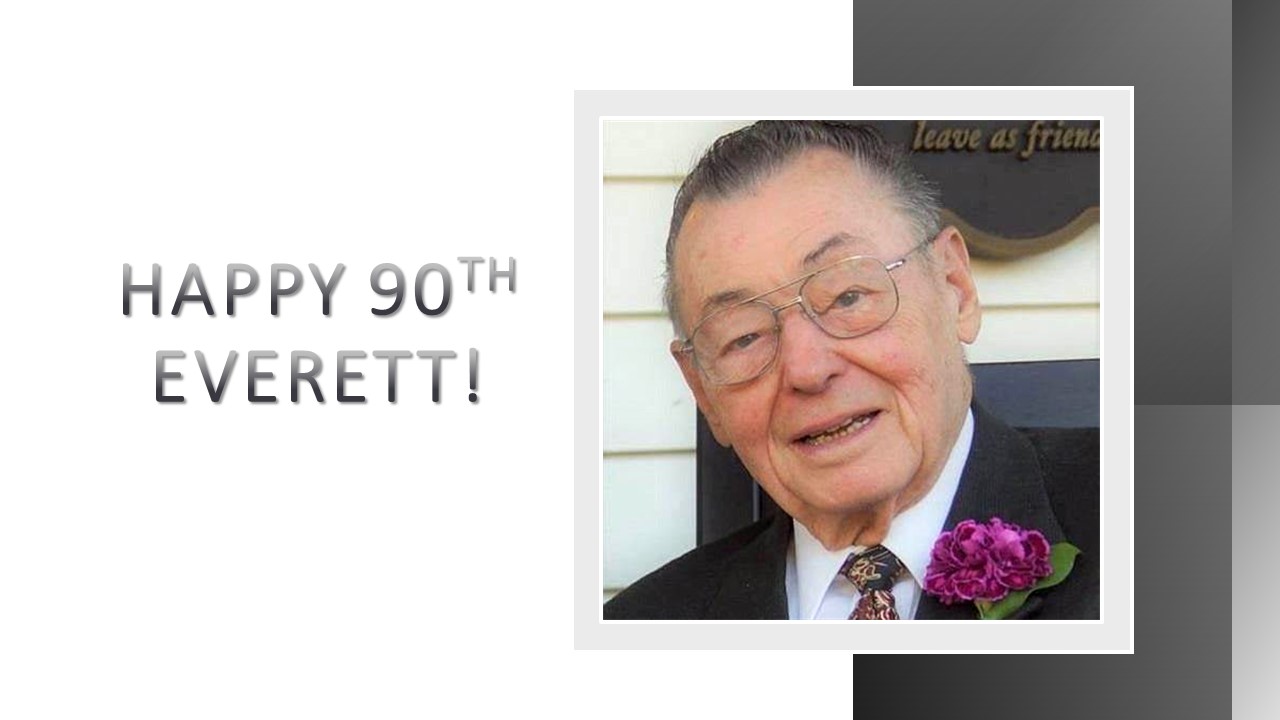 Everett Headrick, a Hayden Lake resident since 1982, is celebrating his 90th birthday today, Dec. 27! Ev was born in Moscow, Idaho. He jokingly recalls his mom saying he was “the darndest Christmas present she ever received!” He became older brother to Don (deceased) and Rod.

Those three ornery little ones kept their parents on their toes!

Ev put himself through college, attending the University of Idaho by working at the university farm while studying to achieve his bachelor’s degree in agriculture education.

After graduating, he enlisted in the Air Force and served at Bonhoeffer Artillery Base in Germany during the Korean War.

After serving in the military, he became a Vocational Ag. teacher in Wilder, Idaho, where he met his wife, Ema Bush Headrick (deceased). They eventually had three daughters, Susie, Jenni and Trina, and what a life they lived once Ev left teaching to enter Foreign Service as an Agency for International Development (U.S. AID) officer.

His first posting was in Tripoli, Libya, in a remote locale where there was a very small international presence and he first realized the importance of immersing himself in the local community.

His assignments took him and his family to Libya, Nigeria, Zaire (now Congo), Pakistan, the Philippines and Washington, D.C., before retiring in Hayden.

Along the way, his level of responsibility and scope of work continued to expand. His was a career of lasting positive impact. To say there were many adventures enjoyed and stories collected along the way is an understatement!

After retiring from the Foreign Service, and building his home in Hayden, he continued to work under contract with the U.S.

Agriculture Department, and U.S. AID as an Acting Agricultural Development Officer, primarily in Uganda until the mid-90s.

Since leaving the workforce, he has pursued many personal interests such as jewelry making, rockhounding and RVing, became an active member/officer in a number of local clubs and organizations (including Kiwanis and Chamber of Commerce) and in the National Association of Retired Federal Employees (NARFE), and volunteered as a reading tutor at a local elementary school.

Pre-COVID, he also enjoyed participating in Fit & Fall classes at the Senior Center. In retirement, through his community engagement, he has continued his history of leaving a positive influence.

He continues to thrive and enjoy life and is looking forward to what the next 10 years or more have in store for him!