Shem Hanks announces campaign to run for Seat 4B in the Idaho State Legislature this November. Hanks is a 20+ year resident of Kootenai County and a native Idahoan. His primary focus is on standing up for the working class. “I was raised in a double-wide trailer in Hayden, Idaho. It was in this humble environment where my parents instilled in me values of faith, hard-work, honesty, social justice and equal opportunity for success” said Hanks. 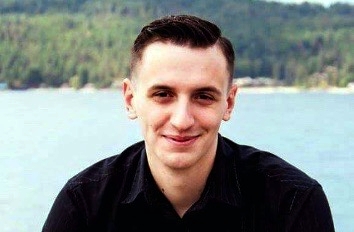 Hanks has served as President of the Democratic Club and is currently the Vice President of the Kootenai County Democratic Central Committee. He is a graduate of Christian Center School in Hayden and Eastern Washington University. He holds two Bachelors of Arts degrees in History.

Hanks will bring a more energetic perspective to the legislature. He works closely with college students through his job at Northwest College Support. “Instead of students dropping out for financial reasons or graduating with a mountain of debt, we have to make an investment in Idaho’s future.”

Learn more about Shem’s campaign on his facebook page shemhanks4idaho.