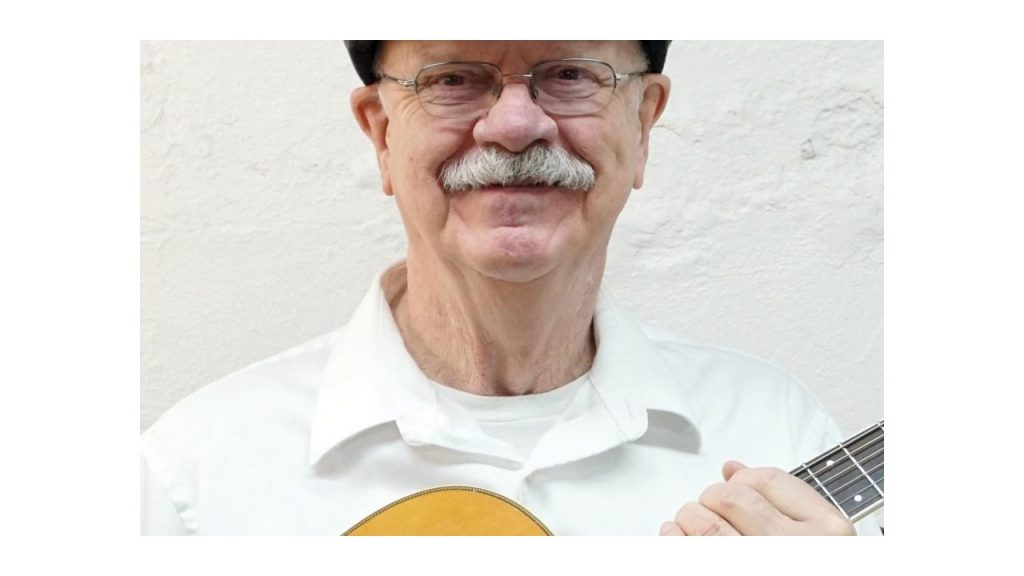 When it comes to music, Gary Edwards has probably done it: teaching, recording, producing, and performing since he was 16.

His repertoire includes musicals, screenplays, a television sitcom, several concertos, hundreds of pieces of music, and one opera, as well as books and magazine articles. He has performed both solo with ensembles for the local assisted living community as well as for regional symphonies.

Regardless of the musical genre—jazz, rock, pop, musical theater—Edwards is equally as interested in sound as the story behind the music.

“I wanna tell the untold stories that I wasn’t told growing up,” said Edwards, who recently turned 80.

Born in 1941, Edwards grew up in Coeur d’Alene, Idaho, just one town over from where he lives now with his wife and their two small dogs.

His father was an “irresponsible alcoholic” but also wrote music, said Edwards, who also remembers accompanying his mother on the picket line as a young child.

Another memory is also important: the 1949 arrival of then-President Harry Truman’s Freedom Train, which included historical documents like the Declaration of Independence, Emancipation Proclamation, and surrender documents that ended World War II. Edwards poured over the contents, he said, and has maintained an interest in history ever since.

Combined, these early influences would synthesize into a lifelong pursuit of cultural exploration, especially of Spanish-speakers throughout Latin and North America, but also of northwest Native American tribes.

“Music crosses language barriers, crosses cultural barriers,” said Edwards, who is conversant in Spanish, and adept with subtleties of regional and cultural dialects. He has worked as a Spanish-language translator for a Spokane, Wash., based community television station, for example, and is currently working on a bi-lingual musical CD.

Not limited to Spanish, Edwards taught himself French during the pandemic, which forced him to reconsider his rigorous performance schedule.

According to Edwards, one of the performance programs is Music for the Wise, a Coeur d’Alene-based initiative to play old-time music for assisted living facility residents, especially helpful for those with memory issues.

Even before the pandemic, Edwards said he’d grown weary of modern audiences who sometimes attend musical performance but spend more time socializing (loudly) than listening to the music.

“I played from age 16 to 49 every weekend that I wanted to,” said Edwards, whose musical career got its start when he was in high school. In addition to playing tuba in school, he played bass guitar in a rock-n-roll band, which meant he was always in demand.

“The tuba player never gets the girls,” quipped Edwards, “although I had a fantastic pucker.”

At age 18, he was playing for the Spokane Symphony, eventually attending University of Idaho for music. Two years in, however, he transferred to the University of Indiana, where he finished his degree.

After graduating from college in the early 60s, he taught music in the public schools in Louisville, Kentucky. But personal tragedies befell him and his first wife. That and unrest in the United States gave him pause to continue teaching.

Edwards shared the story of his audition for the Louisville Symphony. While the judges were discussing his application—they wanted him—the news broke that then-President John F. Kennedy had been assassinated.

“I decided there might be more important things than teaching music to upper-middle class kids,” said Edwards, who left teaching and the Midwest to join the Peace Corps.

When he returned stateside, he landed in southern Idaho, where he supported adult basic education programs for mostly Hispanic farm workers. Then it was off to California for more of the same.

His time in northern California allowed him to experience a range of musical genres, including live performances by a young Gladys Knight, Credence Clearwater Revival, and James Brown, aka “the Godfather of Soul.”

He returned to Idaho and spent 17 years working for the State, including Child Protective Services and a suicide prevention program for children.

“It’s difficult work, but someone has to do it,” said Edwards, who has three great-grandchildren he has not seen because of the pandemic (but hopes to soon).

Edwards continued to stand up for others, helping form the Idaho chapter of the Service Employees International Union.

In 1988, he protested a parade by members of the Aryan Nations, for which he was arrested. Undeterred, Edwards sued the city and county and related officials. The case climbed the legal ladder to the 19th Circuit Court, yet Edwards prevailed.

Although he’s never made it “big,” Edwards said he’s been successful. “Just enough to keep me going.”

And although he’s slowed down a little, he’s still going.

He’s recently connected with a singer out of Tennessee, who has expressed an interest in producing his opera about Kalispell tribal members, Qualchan and his wife, Whist-alks.

Edwards is also hard at work reprising the performance he created about Coeur d’Alene tribal member and jazz singer (and a peer of crooner Bing Crosby) Mildred Bailey, which is set for July 8 in Coeur d’Alene. Visit edwardsmusicsite.com.