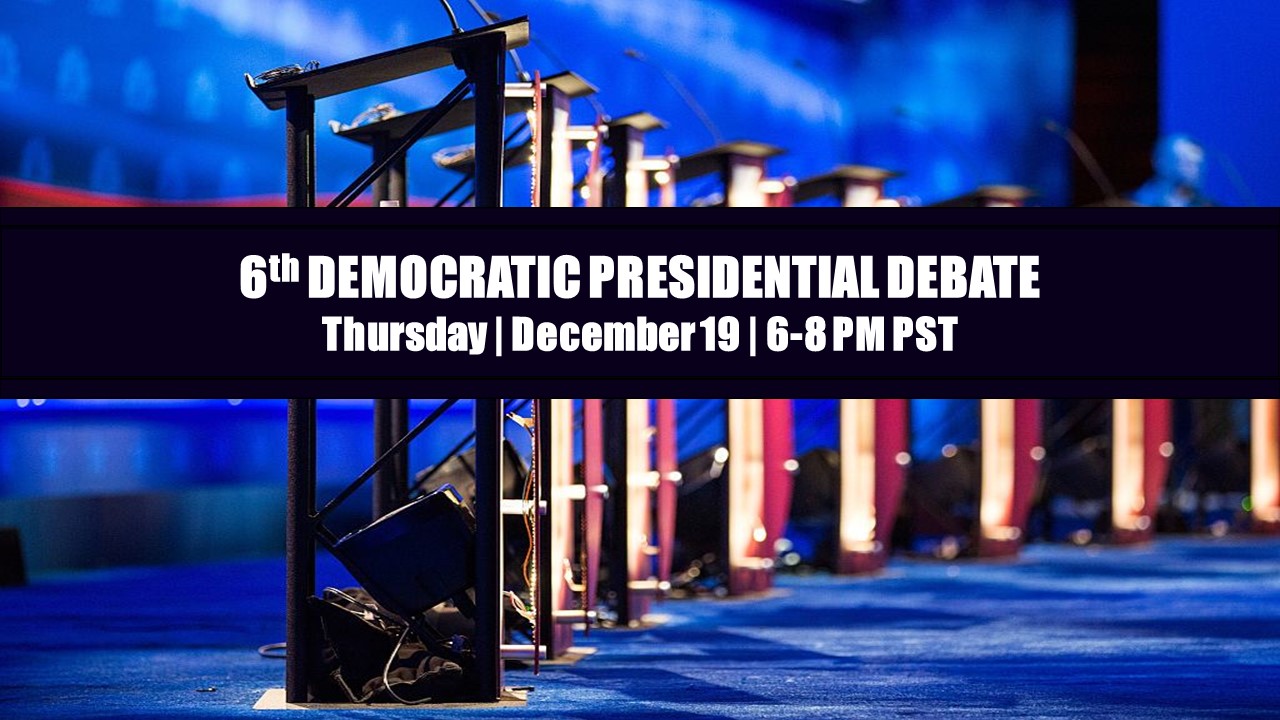 The 6th Democratic Presidential Primary Debate takes place in Los Angeles on Thursday, December 19. This is the last debate of the year. The debate venue is the UCLA Luskin School of Public Affairs. The PBS News Hour and Politico are co-hosting this event.

To qualify, candidates must achieve at least 4 % support in at least four polls approved by the DNC or 6% in two single-state polls in Iowa, New Hampshire, South Carolina, or Nevada that were conducted between October 16 and December 12. In addition, they must certify that they have at least 200,000 individual donors, at least 800 per state in at least 20 states, territories, and Washington DC.

The following candidates have currently qualified to participate in the debate.