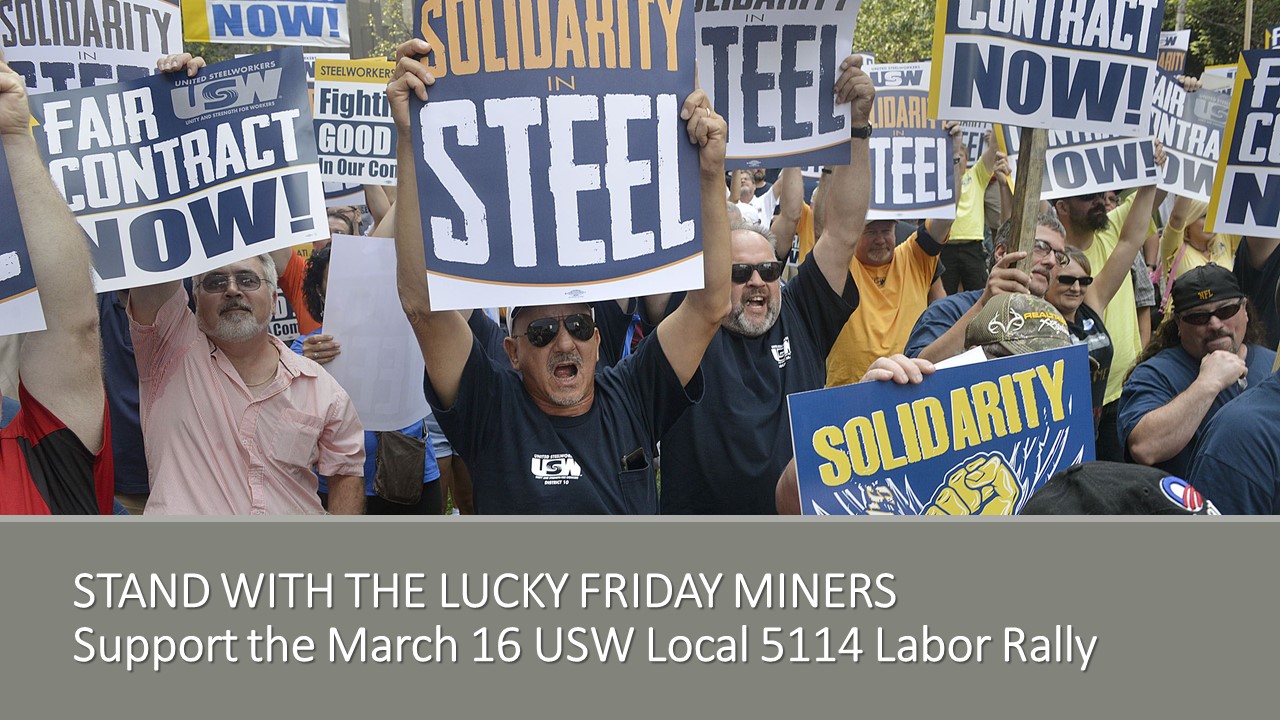 Members and supporters of USW Local 5114 are gathering for a rally for United Steelworkers. The rally is in support of the strike against Hecla Mining Company at the Lucky Friday Mine. The strike, which began on March 13, 2017, has been sustained for two years without a resolution. The protest, marking the 2-year anniversary of the strike, features a rally and a solidarity march. The rally will feature a speech by USW District 12 Director Robert LaVenture as well as other area dignitaries. Following the rally at the pavillion, participants will march to the picket line at the Lucky Friday Mine. We encourage everyone who believes in the value of labor unions to come support our striking miners!