NIC Board of Trustees Meeting online – Replaced by Closed Session 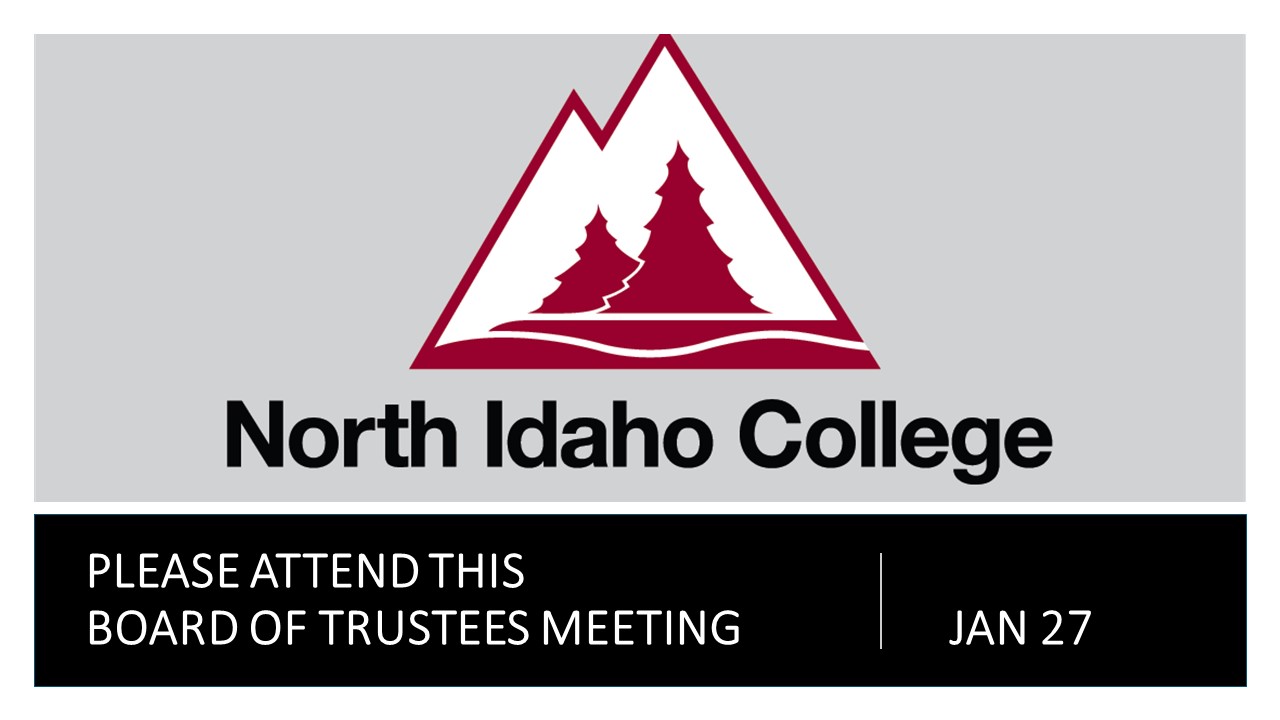 1/27 UPDATE: The North Idaho College Board of Trustees meeting previously scheduled for this evening at 6 PM is cancelled. It has been replaced by a closed executive session. This meeting will focus on reviewing the allegations of misconduct brought against Chairperson Todd Banducci.

Chairperson Banducci is Unfit for Leadership

The Coeur d’Alene Press recently published a story about the ongoing conflict at North Idaho College between Todd Banducci, Chairperson of the Board of Trustees, and Rick MacLennan, NIC President. As a result of this conflict, the President advised the Trustees of perceived improper actions by Chairperson Banducci.

MacLennan said that he had personal experience with Mr. Banducci’s aggressive and intimidating behavior. Specifically, he noted Mr Banducci “disparaging” his wife as a Hillary Clinton supporter. He also described Banducci as suggesting that the two officials should meet more frequently so the Chair could give the President his “marching orders.” And finally, he referenced the Chairperson’s intention to impose changes to NIC’s COVID-19 operating decisions.

Mr Banducci has exceeded his authority and is unfit to lead. The trustees have a responsibility to act in unison as a Trust. In fact, the chair has no special authority to act alone. Consequently, having someone whose behavior is disrespectful, who acts without board support, and considers himself answerable to no one, must be replaced.

As a member of the community, please take the time to join the NIC Board of Trustees meeting on Zoom this Wednesday and help hold Banducci accountable. We need leaders who encourage effective communication and cooperation among all stakeholders and Mr. Banducci has failed to demonstrate this kind of leadership.