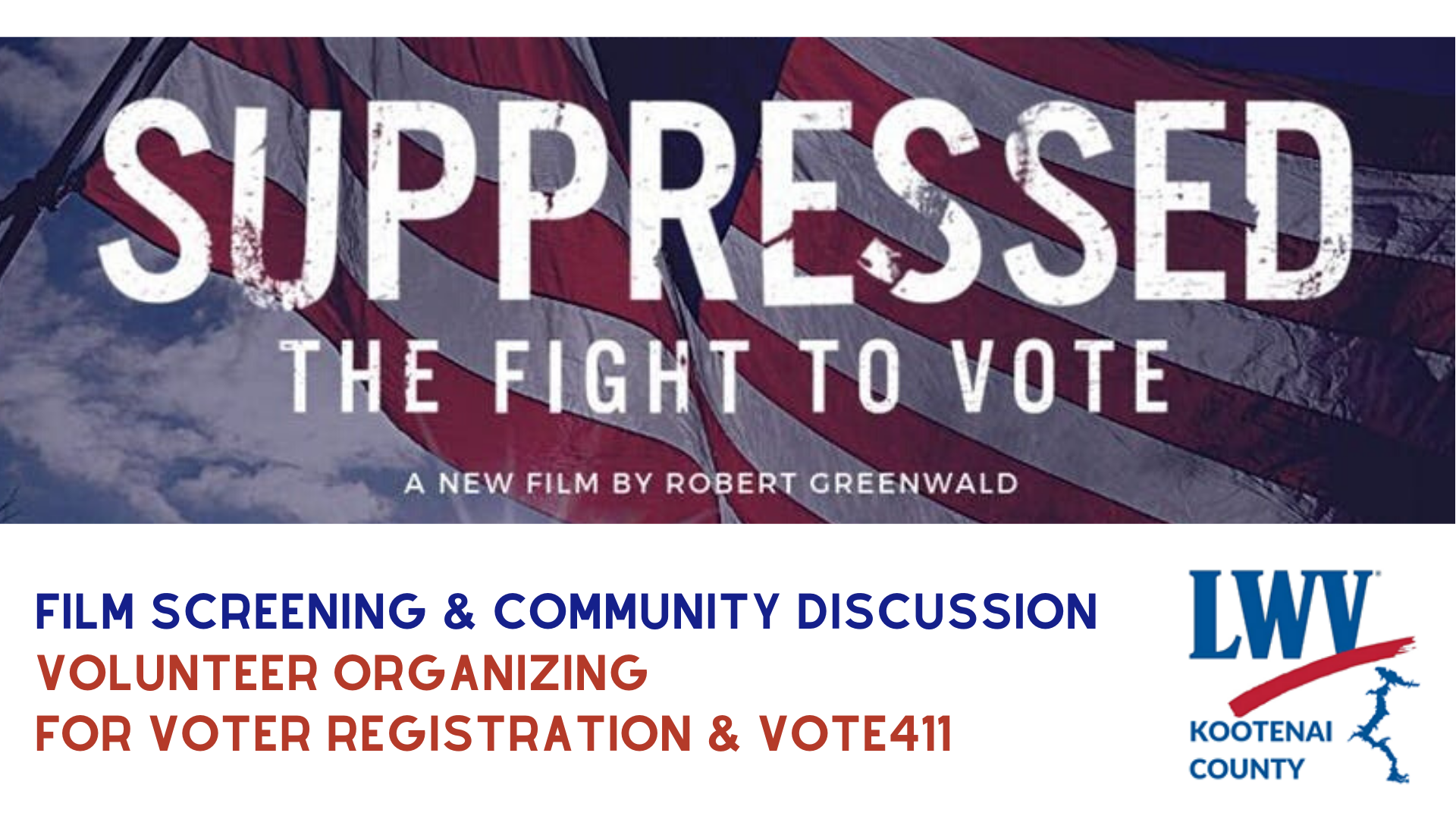 Protecting the voting rights of our fellow Americans is vital to making democracy work. The documentary Suppressed: The Fight to Vote, by Brave New Films, weaves together personal stories from voters across the state of Georgia to paint an undeniable picture of voter suppression. This concerted effort to dampen Democratic turnout in the 2018 midterm election undermined Stacey Abrams attempt to become the first Black female governor in U.S. history.

The forms of suppression deployed in Georgia included the closure of polling places in majority black districts, targeted voter purges, suspiciously missing absentee ballots, long lines and wait times at minority polling places, and a host of voter ID issues. In combination, these actions to suppress voter participation disproportionately affected students and people of color. Suppressed: The Fight to Vote features experts, poll watchers and everyday Georgians speaking to the reality of voter suppression and the threat it poses in 2020. In a race that was ultimately decided by 54,723 votes, the film exposes the many ways in which our constitutional right to vote is under siege in America.

Following the public screening of this 37-minute documentary there will be an opportunity to discuss the film and organize a response in our community. Nationwide, the League of Women Voters is planning for a collective Day of Action on February 14th. This focused nationwide effort will include a drive to register voters and promote absentee voting.

We hope you can make it to see this important film! Please help us spread the word about this important opportunity to raise awareness and organize in our community.