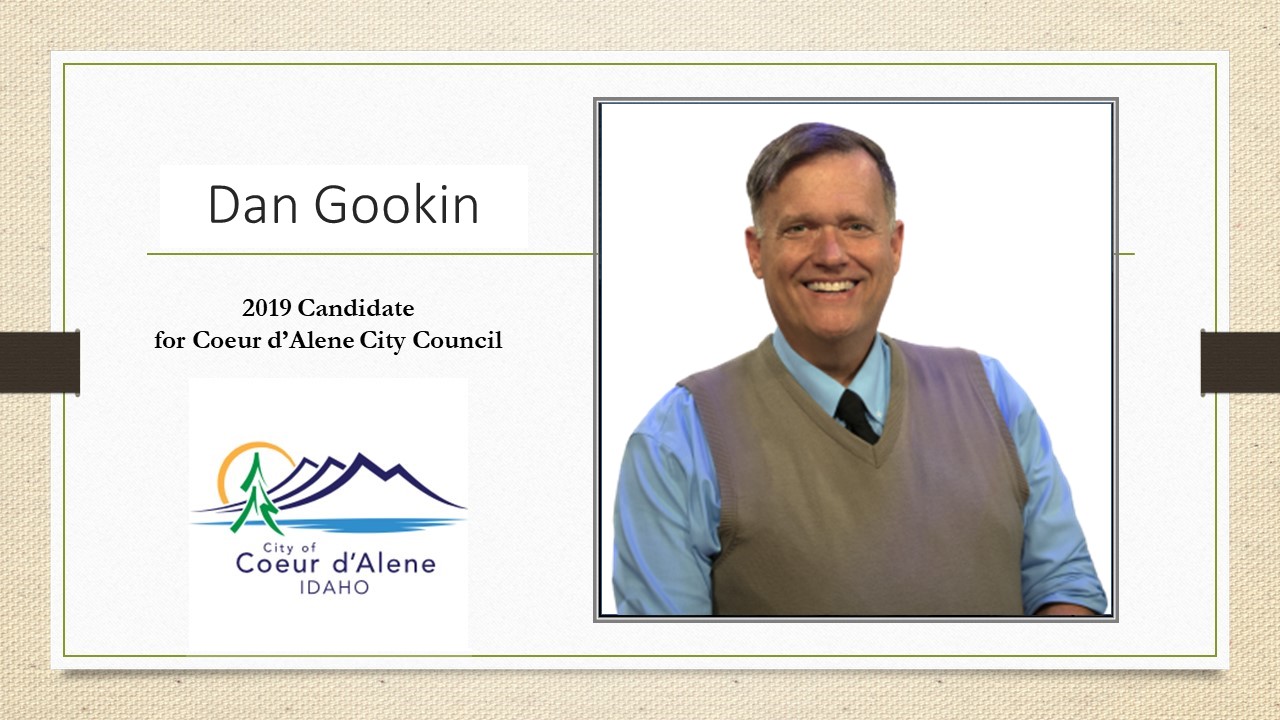 Politics is the topic of the day this Friday, October 18, at the Democratic Club. Councilman Dan Gookin has currently served two consecutive terms on the Coeur d’Alene City Council. Now he is seeking re-election for a third term. Dan is visiting the Club to share what he hopes to achieve if re-elected. The Club meets Friday, Oct. 18, from 12-1 PM at the Iron Horse Bar and Grill in Coeur d’Alene.

Voters elected Dan Gookin to fill seat 3 on the Coeur d’Alene City Council in 2011. In 2015, he ran unopposed for a second term.

Dan made two promises when first elected. First, Dan committed to serving as a budget hawk. Second, he said he would ask the tough questions. Dan succeeded on both fronts. As a member of the city council, Dan insists upon accountability, fiscal responsibility, and transparency.

As a councilman, Dan is the person to whom city residents turn when they need help navigating the halls of government. His reputation is that he’s approachable, responding quickly to email and phone calls. He’s not afraid to stand up for citizens who feel their voice isn’t heard. He’s been praised for his insight, logical approach, and making sense of complex issues.

For his next term, Dan’s priority is to protect established neighborhoods from the pressures of growth. He values the charm and character of Coeur d’Alene and will fight to preserve it. His desire is to plan for growth where infrastructure can handle the density while maintaining green spaces and providing for neighborhood compatibility.

He also wants to ensure that the new growth revenue coming from the downtown urban renewal district closure is spent wisely. Capital items and public safety personnel are his priority with a goal of planning now to eliminate future property tax increases.

Dan relocated to Coeur d’Alene in 2002. He lives in the Fort Grounds neighborhood with two of his four sons. He is the creator of the For Dummies series of books and works out of his home as an author and online trainer.