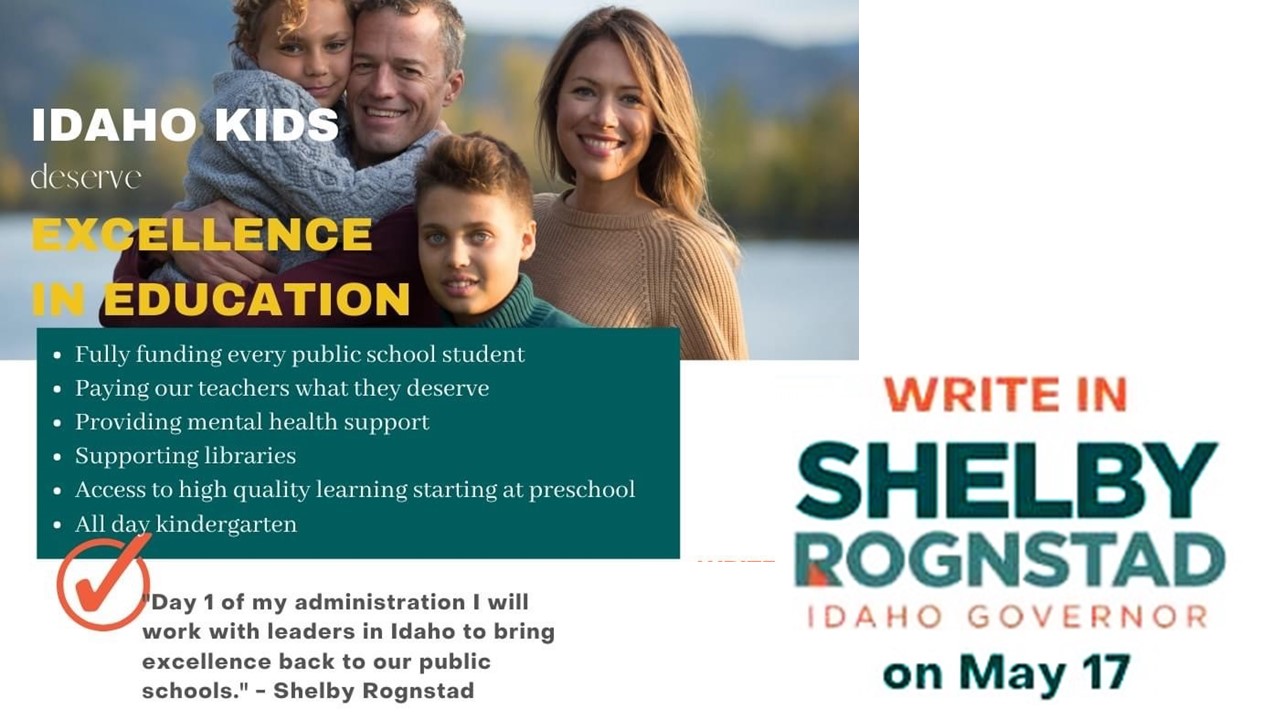 Gubernatorial Candidate Shelby Rognstad is touring the state to raise awareness about his campaign. As part of this effort, he will be joining the Club this Friday. Shelby is the Mayor of Sandpoint. He is currently running a Primary Election Campaign to qualify for the Democratic Ticket in the November General Election. His campaign is complicated by the fact that his name is not on the Democratic Primary Ballot. Therefore, he is working extra hard to inform potential voters about his write-in campaign. If you don’t know about Shelby, this is your opportunity to learn more about his qualifications and why he deserves your vote.

So, join us this Friday, April 22 at noon online for a campaign visit with Mayor and Gubernatorial Candidate Shelby Rognstad. Everyone is welcome to participate.

Shelby Rognstad is a fourth generation Idahoan, born and raised in Lewiston, Idaho. After graduating from the University of Idaho, he opened his own business and has been a small business owner and operator since 2005. Shelby began his career in public service in Sandpoint in 2007 and for the last 14 years has served in various positions in local government, including City Council President and was elected Mayor of Sandpoint in 2015.