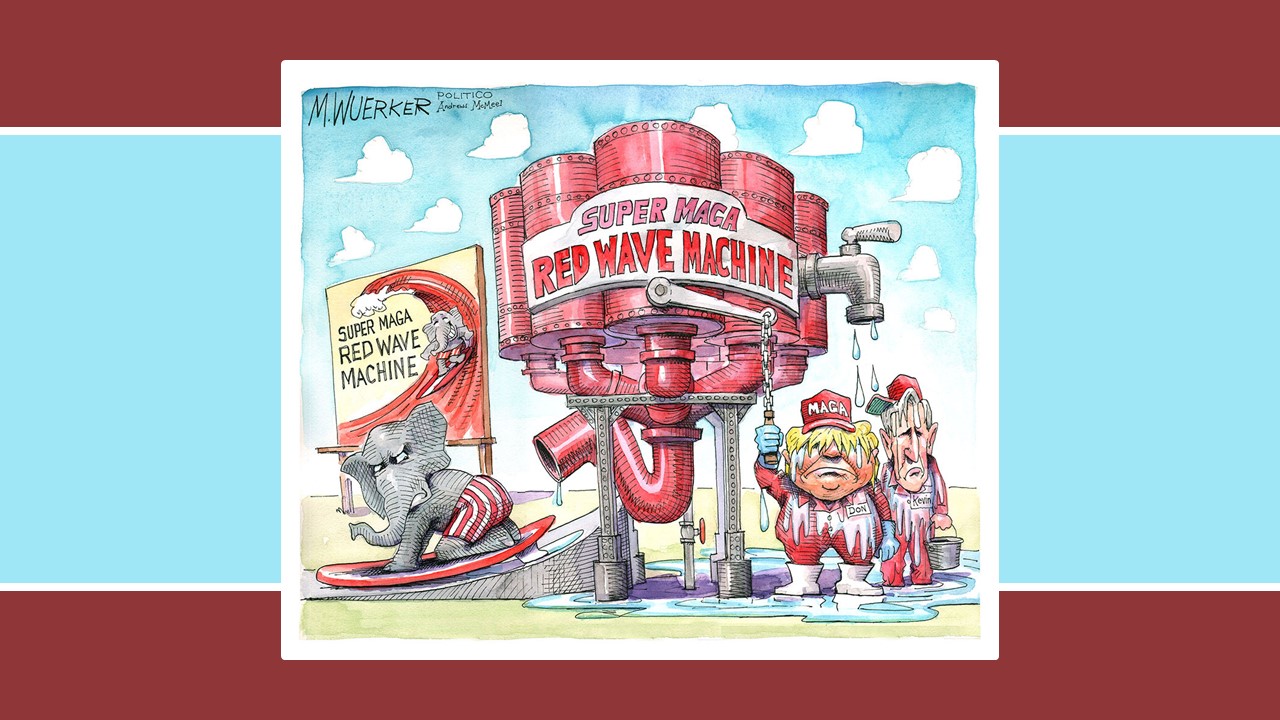 After the Thanksgiving hiatus, the Dem Club is returning its focus to the recent election. Our program looks back at the predicted “Red Wave” that failed to materialize for the GOP. Typically, the political Party that is currently out of power has very favorable odds of winning back the majority in the House and Senate in a midterm election if the President’s favorability is substandard. This historical precedence served as the catalyst for setting expectations for a red wave in November. Yet, the GOP managed to undermine these favorable odds by shifting toward a fascist ideology and by putting forward candidates who were out of step with mainstream values. To set the stage for our discussion, we will view two short videos.

The first video is of the Hungarian Prime Minister Viktor Orban’s address to CPAC (the Conservative Political Action Committee). The fact that the GOP featured an autocrat at their political conference is telling. It shows how far the Republican party has shifted away from traditional American values.

A second video offers a glimpse at how the GOP election deniers fared in 2022. GOP primary voters preferred Trump aligned ultra-MAGA candidates over more qualified and appealing moderates. Yet, these agitators failed to garner sufficient support from the voting public in November. As a result, and despite the optimistic predictions, the GOP failed to take back the US Senate and won a slim majority in the US Congress.

Join us this Friday, December 2 for a discussion about the MAGA wing of the GOP and what we should make of their policy shifts and the resulting election outcome as it relates to our nation and state going forward.

The Democrat Club meets each Friday at noon online. We distribute a Zoom link for our club meetings each Thursday prior to the meeting date. Contact Phil at pjwmia@aol.com or Ruben at pjwmia@aol.com, to request the link or assistance connecting. We will return to in person/online meetings as soon as it becomes safe to do so. You can find videos of past Club meetings at KootenaiCountyDemClub.com/Meeting Videos.