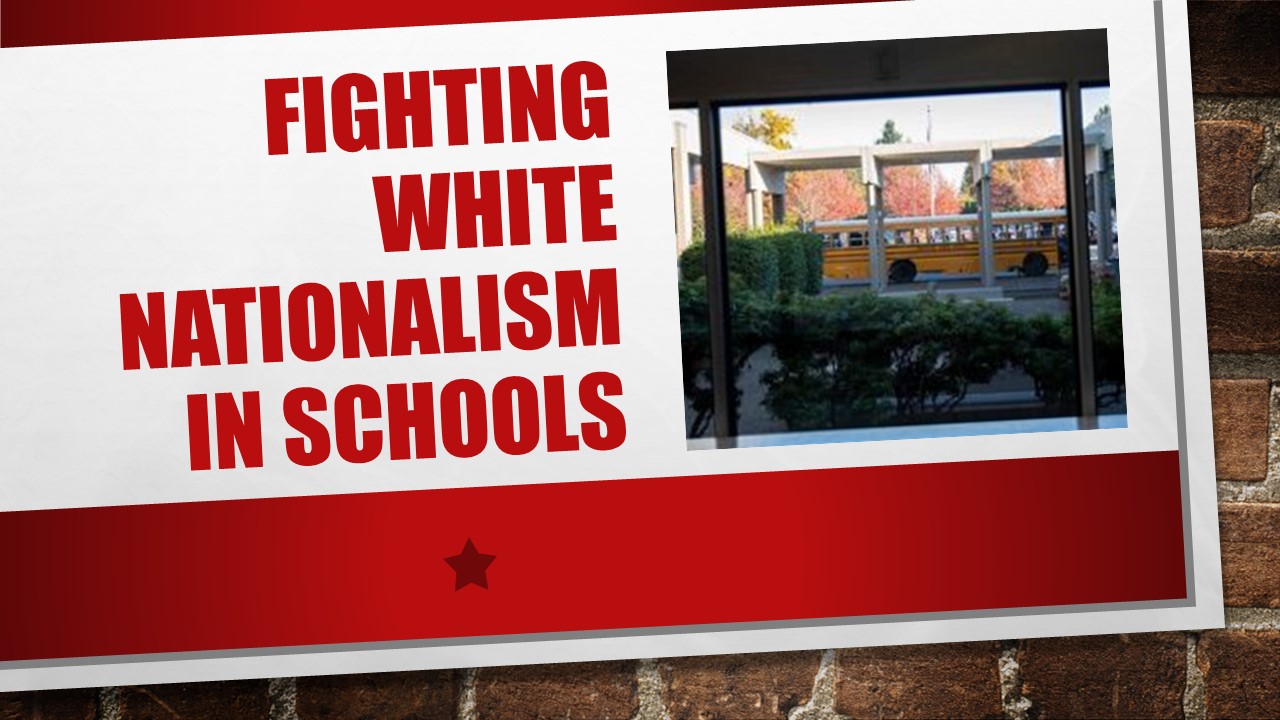 The toolkit developed by the Western States Center entitled “Confronting White Nationalism in Schools” will be the focus of this week’s Dem Club. Our speakers are Western States Fellow, Laura Tenneson, joined by our activist and fellow Democrat, Suzanne Marshall. The Toolkit, developed for use by teachers in high school as well as junior high and college, assists with the detection of white nationalism in schools. More specifically, it helps detect the early signs and actions of students who may affiliate with white nationalist objectives and recruitment activity. Often, these affected students don’t see their actions as hate. Fortunately, early intervention can show them why these behaviors are hateful. It also helps to communicate why such conduct should not be repeated.

Join us this Friday, at the Iron Horse Bar and Grill, and learn how to recognize the early warning signs of white nationalism and how it shows up in a child’s behavior.

The Western States Toolkit offers advice on addressing specific situations like finding a swastika carved in a library chair; reading a student’s paper that was based solely on white supremacists’ ideas and includes a guide to common white supremacist symbols.

The number of Americans between the ages of 15 and 21 who saw extremist content online is on the rise. In fact, the percentage increased by about 20 percent, from 58.3 percent to 70.2 percent, between 2013 and 2016. Many educators say they feel ill-equipped to recognize what students absorb from the web, much less to address it. Tools are emerging that help teachers spot signs of white nationalist ideology and at-risk students. “What we heard from teachers, administrators and educators is that they were just not quite sure what to do,” said Eric Ward, the executive director of Western States Center, a nonprofit organization in Portland, Ore., that published a 47-page manual this year to advise teachers on how to confront extremism.

Some Oregon schools use a guide for teachers to spot signs of white nationalist ideology. The guide helps to identify potentially at-risk students.

Northern Idaho has known the problems groups which in effect advocate hate have produced locally. Our current student population should not have to live with hate. It is our job as adults to prevent their exposure to white nationalists’ tactics. Identifying the tactics used and signs produced give us the means to overcome and eliminate this hate.