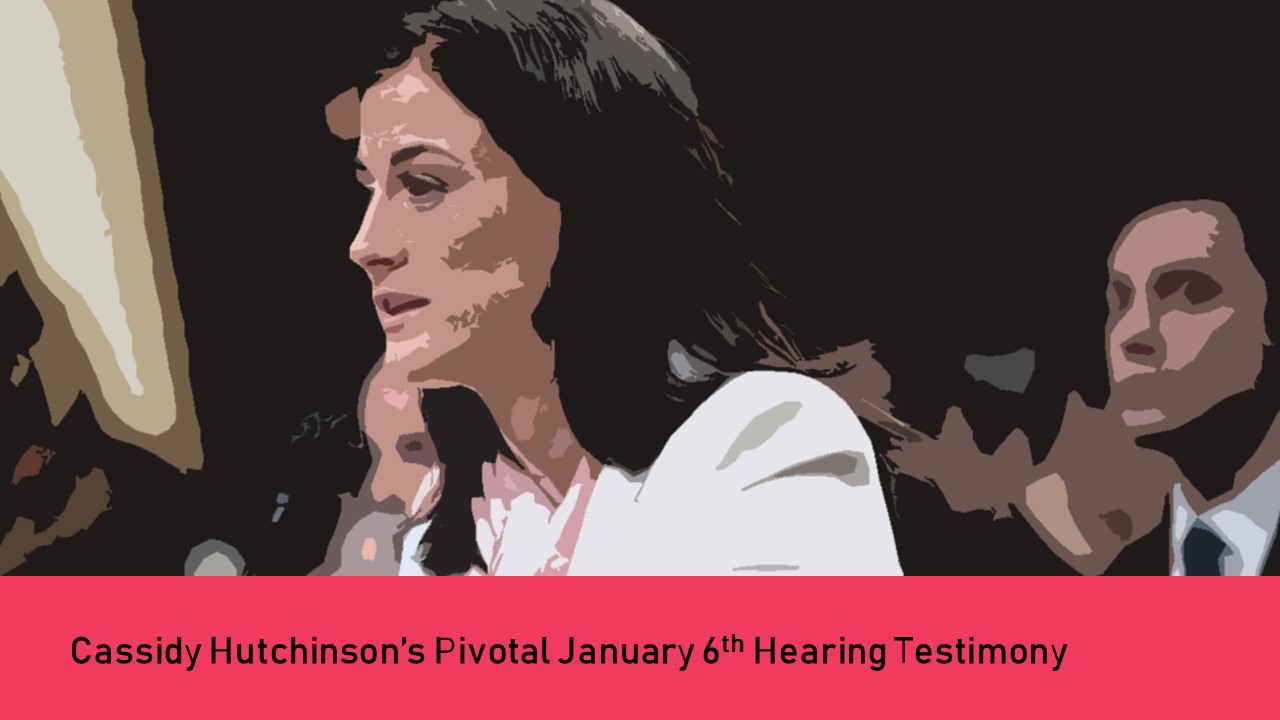 The House Committee charged with investigating the underlying conspiracy to overthrow the 2020 Presidential election has compiled a damning account of the lengths to which Trump was willing to go to corrupt the election results. Yet, after five hearings, the case against the former President still lacked a certain degree of judicial specificity regarding Trump’s underlying motivations and involvement in the events leading up to the attack on the capital.

That all changed when the January 6th committee announced an unscheduled surprise hearing for Tuesday, June 28. Despite a planned recess, the committee called itself back into session to hear from an unplanned eyewitness. A witness who turned out to be Cassidy Hutchinson, a special assistant to Trump chief of staff Mark Meadows. Hutchinson participated in meetings, conferred with participants, and recorded an account of what led up to the storming of the Capital on January 6th. Her firsthand testimony revealed eye-opening and deeply troubling details about Trump’s state of mind and his relentless efforts to hold onto power at any cost.

Ms. Hutchinson testified despite receiving threatening text messages from Trump loyalists to keep mum. Join us this Friday at the Kootenai Democratic Club, at noon online for an account of her testimony and reactions to its revelations by way of a series of selected videos.