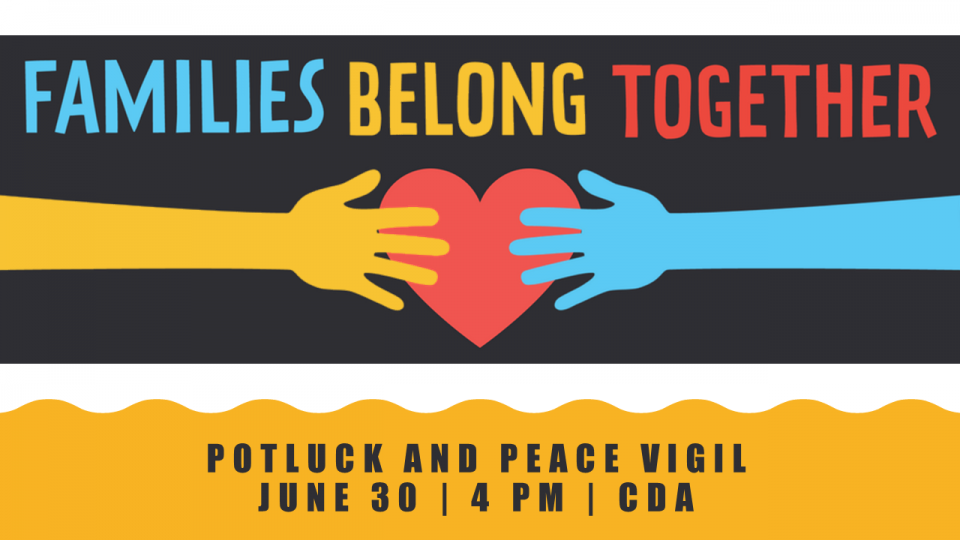 Recently, it became public knowledge that Donald Trump and his administration had implemented a cruel immigration policy. This elective action by the President allowed for the separation of refugee children from their families. As a result of this inhumane action by the President, Democrats are speaking out against his cruel policy. In fact, we simply won’t allow it to continue. Consequently, we are staging a rally this Saturday. Please help us send a clear message to Donald Trump and Republicans in Congress: That Families Belong Together!

Sign up to join us on June 30 for a Families Belong Together vigil and potluck at the Picnic Shelter* Riverstone Park in Coeur D Alene. This public demonstration is part of a coordinated effort on June 30. In fact, people are gathering  in Washington, D.C., and around the country to tell Donald Trump and his administration to stop separating kids from their parents!

The June 30th Families Belong Together Rally at Riverstone Park yielded a list of resources that you can use to educate yourself about what is actually happening. You will also find ways to take action and contribute financially to this important cause. This list was produced by Alycia Moss. She is an immigration attorney. Download the list.

Kids are Still in Cages!

Last week, President Trump bowed to political pressure and suspended his family separation policy. However, don’t let Trump’s latest move fool you: Children are still being jailed, and they’re still being separated from their families. This outrageous action by our government is occurring right now-both at the border and at ICE detention facilities across the country. Therefore, we must continue to demand that the Trump Administration stop caging children and jailing their parents now. Not only that, they must reunite jailed children with their families immediately. Families belong together, and free! Sign the Petition.