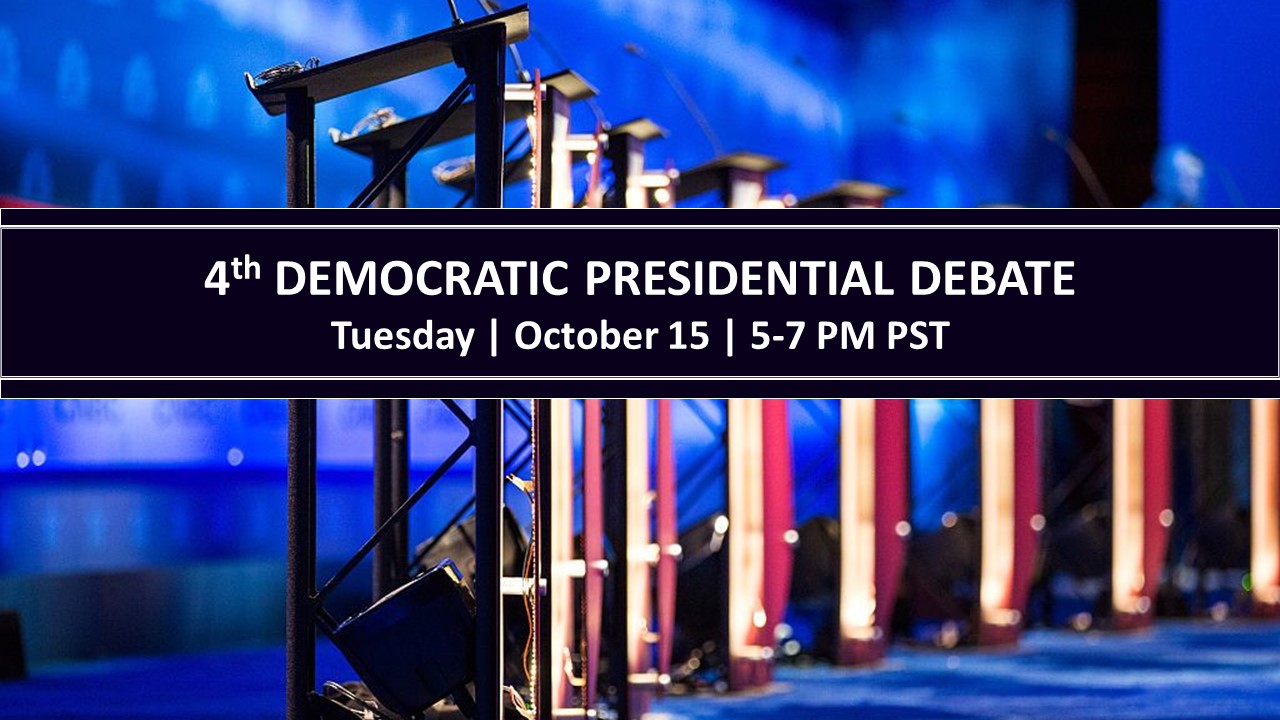 Come down to the NIC Student Union Building on October 15, 2019 at 5 pm for a Debate Party hosted by the NC Young Democrats.

The Democratic National Committee set pre-qualifications for appearing in this debate. First, the DNC required that each candidate meet specific polling criteria. The criteria required qualifying candidates to demonstrate their viability by amassing at least 130,000 individual donors. In addition to polling data, qualified candidates had to show that they had grassroots support by receiving at least 2 percent in four or more qualifying polls.