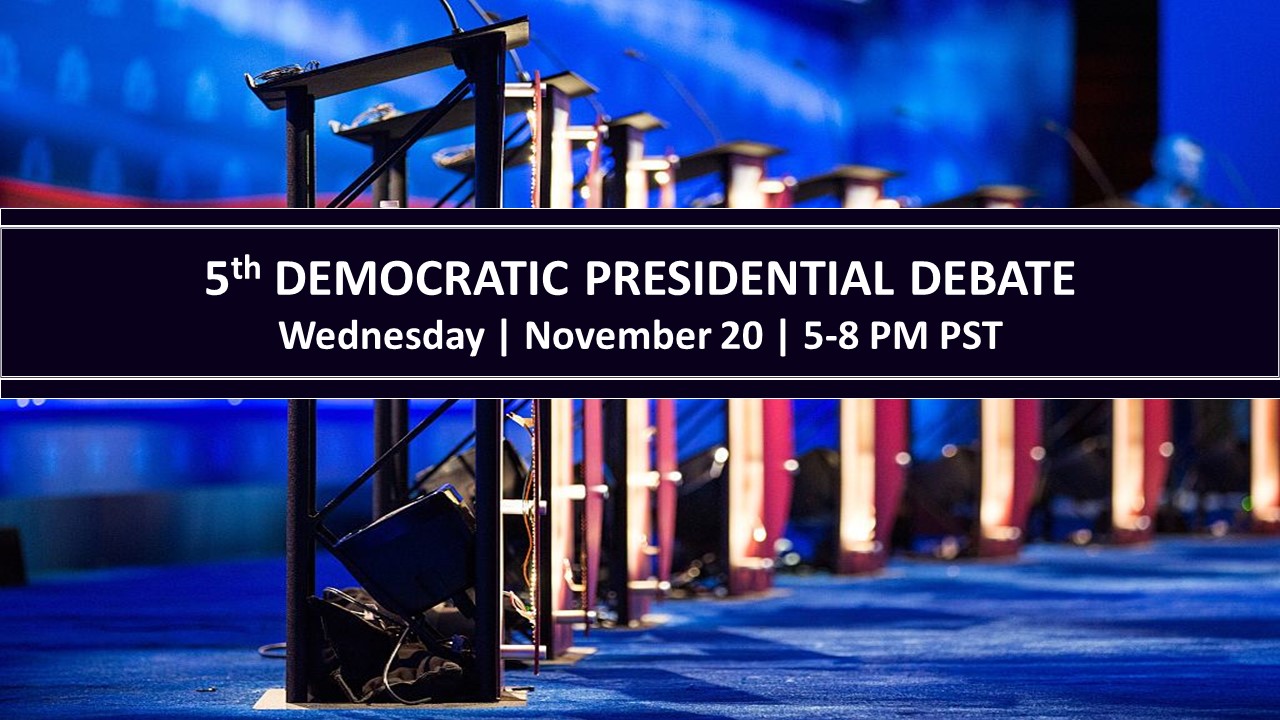 The 5th Democratic Presidential Debate is on November 20, 2019. It will be co-hosted by The Washington Post and MSNBC in Atlanta, GA.

There are 10 candidates who have qualified for this debate. They are Joe Biden, Elizabeth Warren, Bernie Sanders, Pete Buttigieg, Kamala Harris, Andrew Yang, Tom Steyer, Amy Klobuchar, Cory Booker, and Tulsi Gabbard. Two candidates, who participated in October’s debate will not participate. One, former Texas Congressman Beto O’rourke has suspended his campaign. The other, HUD secretary Julian Castro, did meet the debate qualifications.

So, be sure to tune in to the debate. Rachel Maddow is among the questioners.

Qualifying candidates have reach at least 3 percent support in at least four approved polls or at least 5 percent in two early-state polls. In addition, the have received donations from at least 165,000 unique donors.