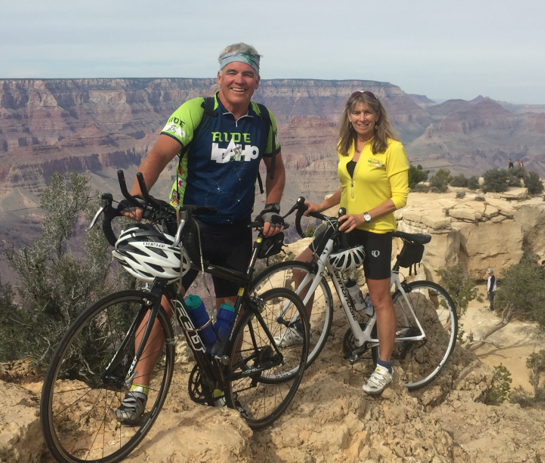 This Friday, the Democratic Club welcomes, retired educator, David Groth. David recently retired after 30 years of teaching. In his first year of retirement, Mr. Groth didn’t waste any time leaving his work life behind. He has already ridden a bicycle around the US mainland, skied in seven states plus British Columbia, and visited family and friends in 15 states. He will share his enthusiasm and a bit about his travels along with some stories about his career in elementary education and his passion to address gun violence. Come support David and get inspired to create your own revved-up retirement, this Friday, at the Iron Horse Bar and Grill.

On September 1, 2016, David Groth initiated a nine-month trip to circumnavigate the US mainland on a bicycle. His journey took him from his home in Coeur d’Alene ID to Seattle WA, then down the Pacific coast to San Diego CA. He then traveled east to Florida. From there, David biked north to New York, then west until eventually arriving back in Coeur d’Alene ID. The trip covered nine thousand miles and took nine months to complete. Most importantly, the experience left David with 9,000 amazing experiences that he loves to share with others.