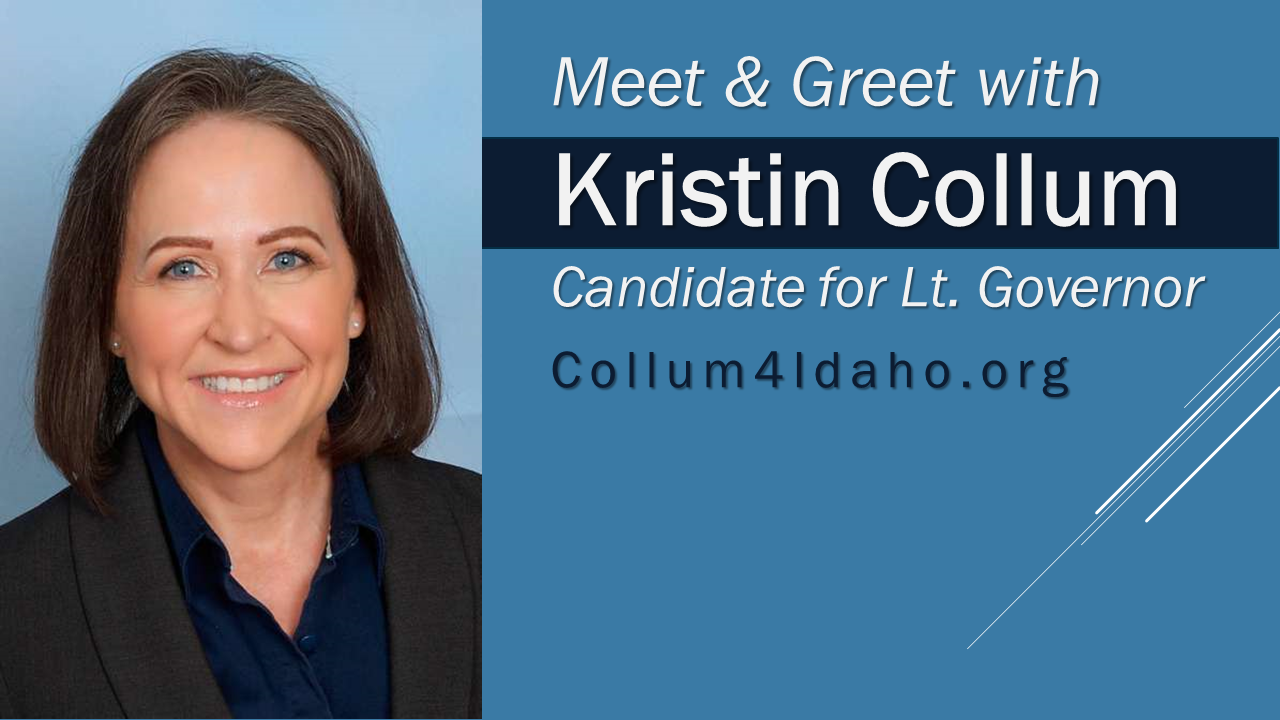 This Friday, the Democratic Club welcomes Kristin Collum. Kristin is a candidate for Idaho Lieutenant Governor. She’s a U.S. Army veteran, mother, tech leader, and long-time Idaho resident. Most notably, she is a first-time candidate for political office. Kristin is running in the Idaho Primary for a chance to challenge the GOP candidate in November. Usually, Democrats are unopposed in the Primary. However, this year, we have several contested races including the one for Lt. Governor. Kristin will be visiting the Club at the Iron Horse Bar and Grill to make a case for her election and to ask for your vote. So, come meet Kristin Collum and show your support for her campaign.

The office of Lieutenant Governor is a statewide elected position mandated by the Idaho State Constitution. The office holder serves a four-year term. Among other responsibilities, the Lt. Governor presides over the Idaho State Senate. In addition, this member of the Executive Branch serves as Governor when the serving Governor travels outside of the state. Moreover, the Lieutenant Governor acts as the Governor’s chief appointment officer. As appointment officer, the Lt Governor evaluates candidates for various boards, commissions and councils. Currently, Republican Brad Little holds the office of Lt Governor. However, he is vacating this position to run for Idaho State Governor. There are two Democrats and five Republicans who declared themselves as Primary Candidates. The winners of the Democrat and Republican Primaries will compete in the fall to fill this position. The Primary Election is Tuesday, May 15.