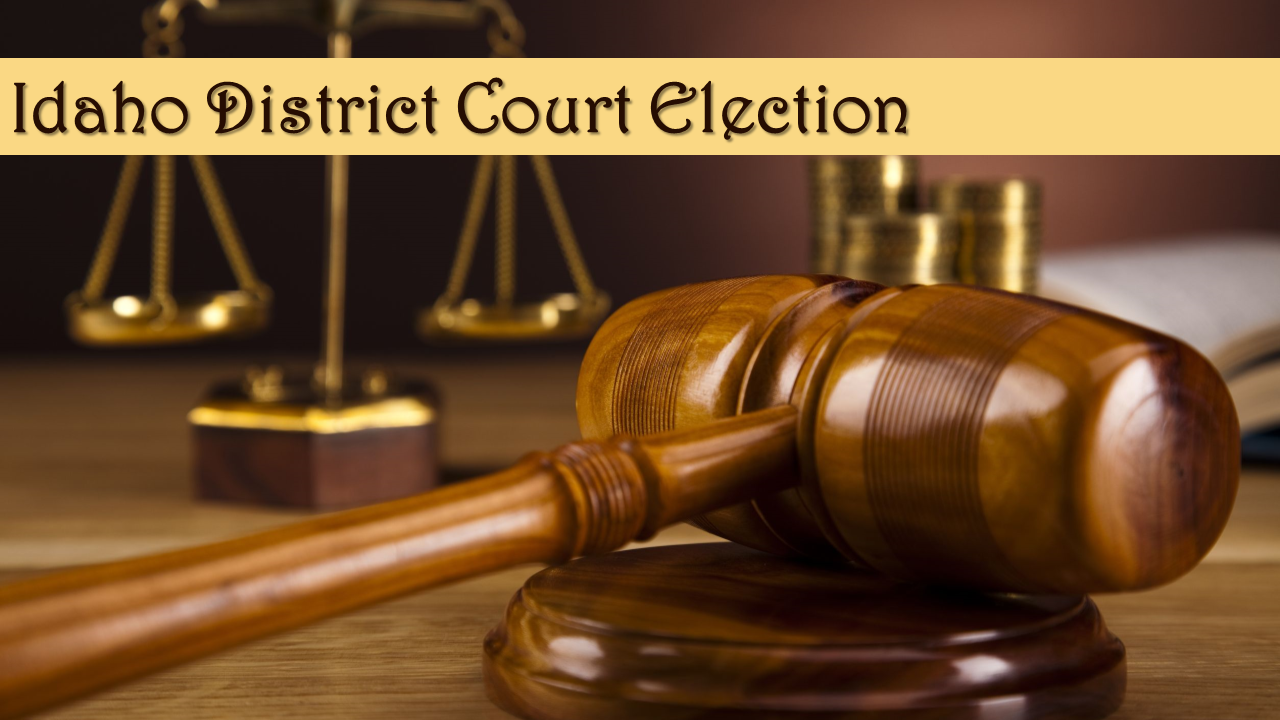 This Friday, the Democratic Club hosts two non-partisan candidates running against each other for a seat as District Judge in Idaho Judicial District 1. Specifically, the Honorable John T. Mitchell is running to retain his office against challenger Douglas A. Pierce Esq. The candidates will be visiting the club for an informal meet and greet. They will also give short statements for why they deserve your vote.  Then, the candidates will take your questions. Here are the results of an Idaho State Bar Survey of the two candidates. Join them at the Iron Horse Bar and Grill for a look into the workings of our Idaho District Court and two men who wish to serve it.

The state of Idaho divides its state judicial system into seven districts. Judicial District 1 consists of the five northernmost counties in Idaho including Benewah, Bonner, Boundary, Kootenai, and Shoshone Counties. The court resides in Kootenai County as part of the Courthouse Complex at the corner of Government Way and Garden Ave in Coeur d’Alene. Seventeen judges serve the First Judicial District.

Idaho District Courts are trial courts that hear felony criminal cases and civil actions meeting a certain monetary threshold. Applicable civil actions must involve a claim of more than $10,000. Judicial decisions made at this level of our justice system can be appealed to the Idaho Court of Appeals or in some cases directly to the Idaho Supreme Court.