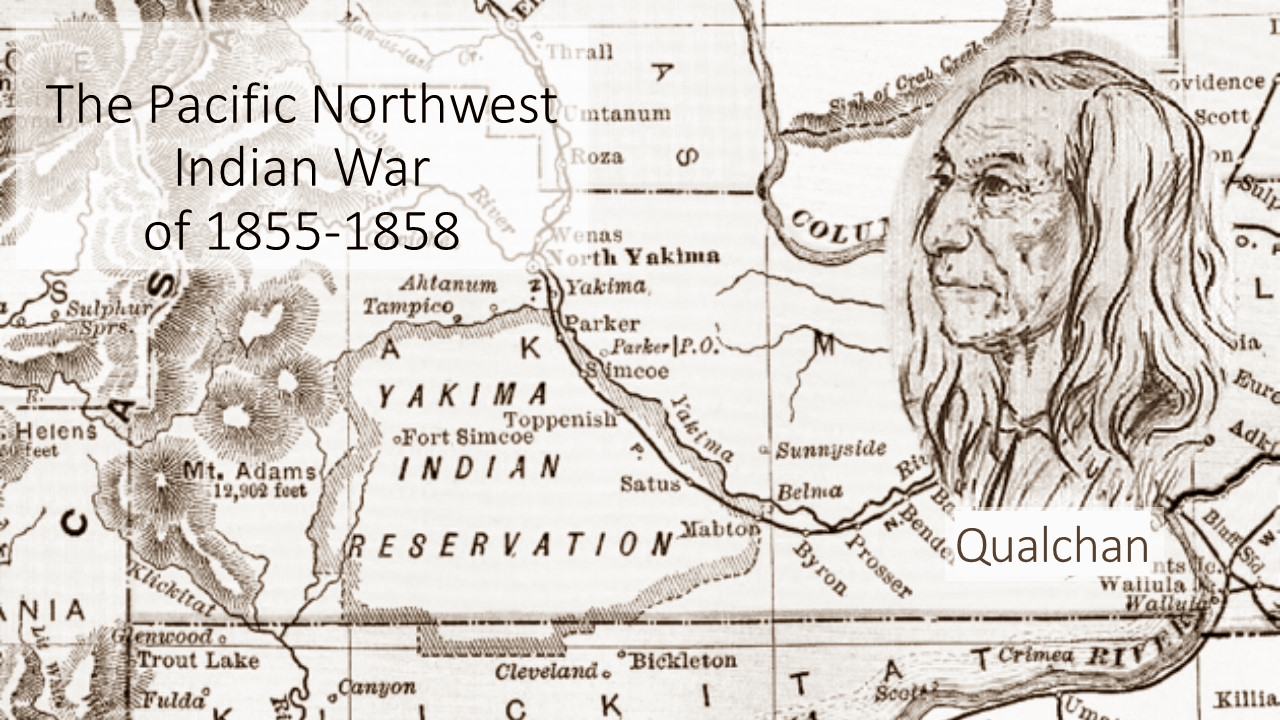 The History of the Pacific Northwest is filled with stories of survival and strength in the face of adversity.  There are names we may all know well and others perhaps not so well.  Friday, March 8, noon at the Iron Horse on Sherman, history is brought to life for us by Gary Edwards.  Gary will speak about the history of the Pacific Northwest Indian War of 1855-1858 and specially about Qualchan, considered the bravest warrior in the Yakama Nation. Gary conducted research for two and a half years while preparing to write his Qualchan Opera. He presentation will include the Whitman Massacre, the Battle of Steptoe Butte, the slaughter of the 900 Indian horses by Col. Wright’s campaign and the hanging of Qualchan at what is now called Hangman Creek (or Latah Creek) near Spokane in September of 1858 by Col. Wright’s command. The focus is on telling the side of the story that has not been told or taught in schools.

As you all know Gary is a talented musician and has provided quality entertainment at various Democratic Club related events.  Gary grew up in Coeur d’Alene Idaho and studied at The University of Idaho. He graduated from the Indiana University School of Music.  He taught public school music and played in the Louisville Symphony, was in the Peace Corps in Chile, and worked for years as a social worker and community organizer.  He is a published writer with articles published in national magazines.  He writes music that has been performed in ensembles in Washington and Idaho, Argentina, Russia and other countries. He has played in ensembles of various sizes from single to symphony, from rock to country to classical.  He has written and recorded 8 music CDs and authored 17 books including eight musicals, three screenplays and an opera, and composed hundreds of pieces of music and songs, including a string bass concerto, a piano concerto, viola sonata and many other music styles.  His musical Christmas on the Concourse premiered in Spokane in December, 2015.  He has worked as a composer, filmmaker and translator for CMTV, Channel 14 in Spokane, Washington.  You can get more information about his CDs, sheet music, films and books at www.EdwardsMusicSite.com

Gary is an extremely talented person and we in Cd’A are fortunate to have him here.  If you don’t know Gary’s background, click on his website.  You will be amazed.  This Friday at the Dem Club should be a wonderful presentation.