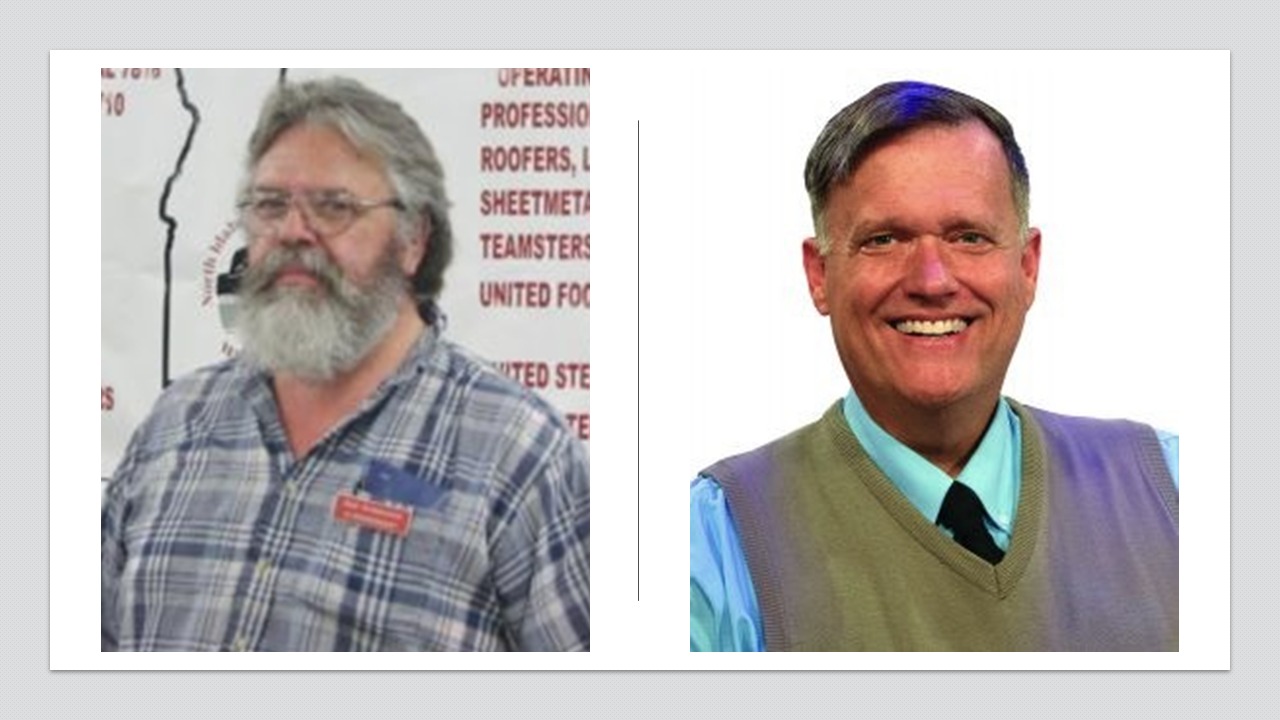 Dale Broadsword, Democratic candidate for the Idaho State Senate, was born in Coeur d’Alene in 1952, the youngest of nine children.  He attended parochial schools throughout his childhood and credits their providing him a good education.  He has been married to his wife Lu for 46 years, and they have a son Richard and a daughter Angela and two grandchildren, Liberty and Mia. He works for Kaiser Aluminum in Spokane and is a long-time member of United Steelworkers Local 338. He has held multiple positions with this local union and the North Idaho Central Labor Council.  He has also been active in the community as coach for junior tackle teams and for his daughter’s softball team and was treasurer of the softball program. For forty years Dale and his wife have been fair superintendents for various 4 H programs at the Kootenai County Fair.  He has also been a Democratic precinct captain for precinct 6 for many terms.  This is his first experience running for state office.

Dan Gookin moved to Kootenai County in 1993. He was active in community theater, acting as the Lake City Playhouse Artistic Director from 1997 through 2002. In 2002, he moved to the city of Coeur d’Alene where he became an activist for transparency in government. In 2011, he won a seat on the Coeur d’Alene City Council. He was re-elected in 2015 when he ran unopposed.
Dan is an author and online trainer. He’s written over 160 books on computers and technology. He teaches online courses for LinkedIn Learning on a variety of topics from computer maintenance, word processing, Android mobile devices, and programming.
Dan is the father of three boys, two of whom live in Los Angeles; the other is moving to Portland, and one is in his senior year at Boise State University.
Kootenai County Democrats
Kootenai Democrats Events