The Celebration of the Life of Jean Kohles will be held on October 28, 2018, 2 pm, at the Hagadone Event Center.  The Event Center is at 900 S Floating Green Dr, Cd’A.
Jean Kohles left this earth peacefully at home on the morning of Sunday, September 16, 2018. She approached her death with grace, dignity, and an abiding respect for the full life she had enjoyed. She lived with intelligence, charm, and a quiet, generous spirit.
Jean was born in St. Charles, IL, on October 4, 1935. She spent her youth in Wheaton and Glen Ellyn, IL, and later moved with her family to Oakland, CA, where she graduated high school as top student in her class in spite of being a working student. Still working, she put herself through the College of the Holy Names with a degree in English. She traveled domestically and abroad for two years as a flight attendant for TWA. She then served for seven years as ambassador for the women’s sportswear company, Koret of California, traveling to promote new lines, even designing new styles while managing models, and occasionally modeling as well.
In 1965, Jean married  a childhood friend, Richard Kohles, and her career with Koret ended a year later following the birth of their first child. In 1973, they moved with their three children to north Idaho, where for 16 years in Post Falls, she learned the art and skills of homesteading on ten acres, gardening and managing a wide variety of farm animals.
Jean was fundamentally a caregiver, always active, helping and taking great joy in opening her home to family, friends, and even strangers. The family’s first year in Idaho coincided with Expo ’74 in Spokane, WA, the first environmentally-themed World’s Fair. At the peak of that summer, nearly fifty family members and visitors set up campers and tents at ‘the farm’. Jean rose early to make pancakes and keep the line for the only bathroom moving.
Jean supported her family not only as a wife and mother, but as a breadwinner. During a year long move to Grangeville, she flagged for a construction project on the White Bird Bridge. She also managed workers for the Community Action Agency weatherizing homes in Idaho and Lewis Counties. Returning to the farm in Post Falls, she then drove the Kootenai County Library bookmobile, and became manager of the library’s Hayden branch in a 14-year career with that system. In semi-retirement, Jean earned her real estate license to assist Richard with his real estate business at Coldwell Banker Schneidmiller Realty.
She had learned early on that life is filled with ’causes for joy’. Her family felt her love in her gentle guidance, her creative cooking, her homemade canned jams and jellies, the personalized Christmas tree ornaments she gave as gifts, as well as the lovely, handwritten cards she sent on birthdays and holidays. Though she will be sorely missed, those who loved her will always remember her kindness, her wisdom, and her generous and enthusiastic commitment to be of help to people and to causes that serve people.
Jean leaves her husband, Richard, her children: Derek, Geoffrey (Alexandra), and Lia (Stan); and her grandchildren: Mitchell (Jiayin), Sydney, Devin, Quinn, Nadia, and Ryan.
The Celebration of her life will be at the Cd’A Resort Event Center on Sunday, October 28th at 2:00 PM. My family and I invite you to come.

The family suggests memorial donations in Jean’s name to the American Cancer Society or the Kootenai County Democrats. 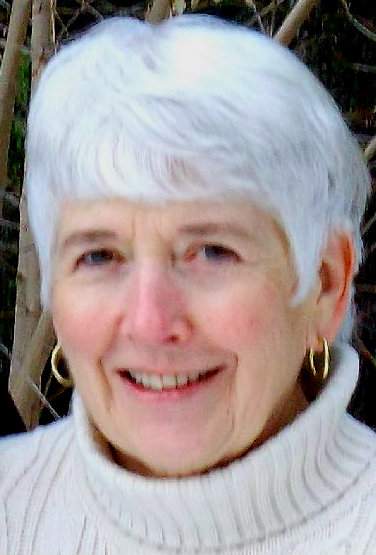