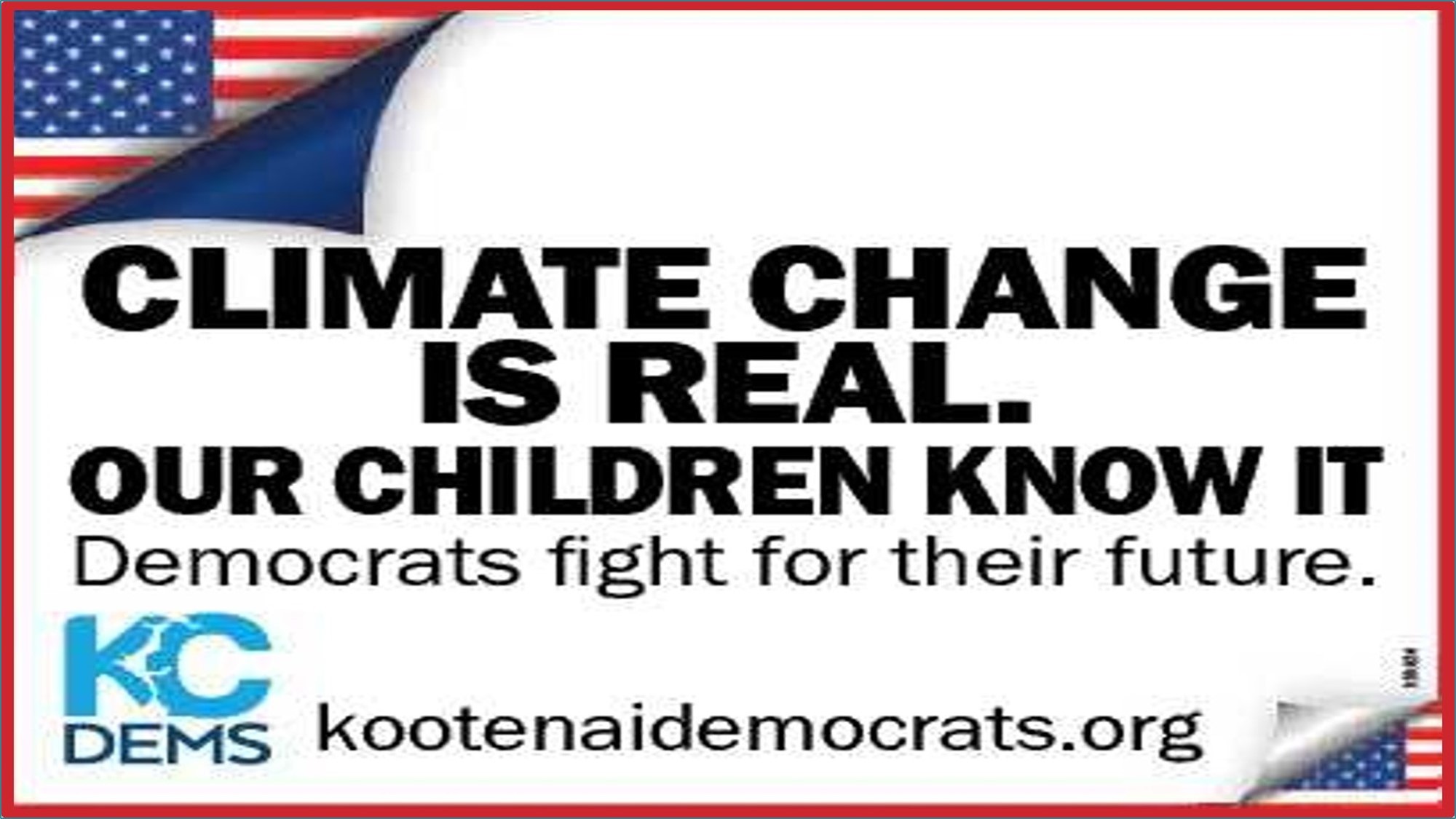 The root causes and long-term implications of climate change are settled science. For years, scientists have clearly and consistently documented and correlated the trending global increases of temperature with rising levels of carbon dioxide and other heat-trapping gases. The increasing presence of these gases in the earth’s atmosphere are the result of burning fossil fuels and the related effects of human industrialization.

Idaho Governor Brad Little is not ignorant to these facts. In responding to a climate change question at the Idaho Environmental Forum in Boise, on January 15, 2019, he said, “Climate is changing, there’s no question about it,” he said. “Sometimes what you do from a regulatory standpoint might be counter to what the right thing to do is, but you’ve got to recognize it. It’s here. We’ve just got to figure out how we’re going to cope with it. And we’ve got to slow it down. Now, reversing it is going to be a big darn job.”

Idaho is not Immune to Climate Change

It may seem that due to its geography, that Idaho has a certain immunity to the greater impacts of the climate crisis. For example, Idaho is not threatened by rising sea levels. However, as average temperatures slowly increase, the resulting changes in weather and long-range climate patterns will have a local impact. To clarify, weather is the state of the atmosphere from moment to moment and place to place. This phenomenon is the meteorological conditions that we experience every day. Climate, on the other hand, denotes the long-term environmental conditions imposed by weather that persist over time including changes in average seasonal temperatures and the consequential impacts of shifting seasonal weather patterns that result.

These impacts are not theoretical. They are born out by the work of the National Oceanic and Atmospheric Administration. According to NOAA National Centers for Environmental Information’s most recent State Climate Summary for Idaho, in the coming century, the state will experience the following direct effects from climate change:

In other words, we can expect our winters to be warmer and wetter and our summers to be hotter and drier in the coming years. This will not just be an inconvenience. In fact, it will have severe implications for our economy and way of life. Yet, the specific long range ramifications are still unclear. That is why an economic meeting was convened in 2017 to discuss the changing environment and its future economic effects. This meeting was hosted by the James A. and Louise McClure Center for Public Policy Research at the University of Idaho. It ended with a two-year commitment to “synthesize all available data on projected changes to Idaho’s environment and then identify how these changes impact major economic sectors including agriculture, energy, human health, recreation and tourism, land and infrastructure.” This comprehensive assessment is still in process. However, background details about the assessment are available on the University of Idaho’s website under the title: How Climate Change Impacts Idaho’s Pocketbook.

Thankfully, most people (about 70%) accept the reality of climate change. In fact, the evidence is everywhere. It shows up as melting glaciers and ice sheets, historic flooding, extreme drought conditions, as well as record setting hurricanes and worsening fire conditions. So, choosing to reject the data is irrelevant at this point since Mother Nature is forcing us to take climate change seriously.

The Kootenai Democrats are working to promote public awareness of this critical global issue. In addition, we are pushing all levels of government to legislate policies that address its root causes and mitigate its potential impacts.