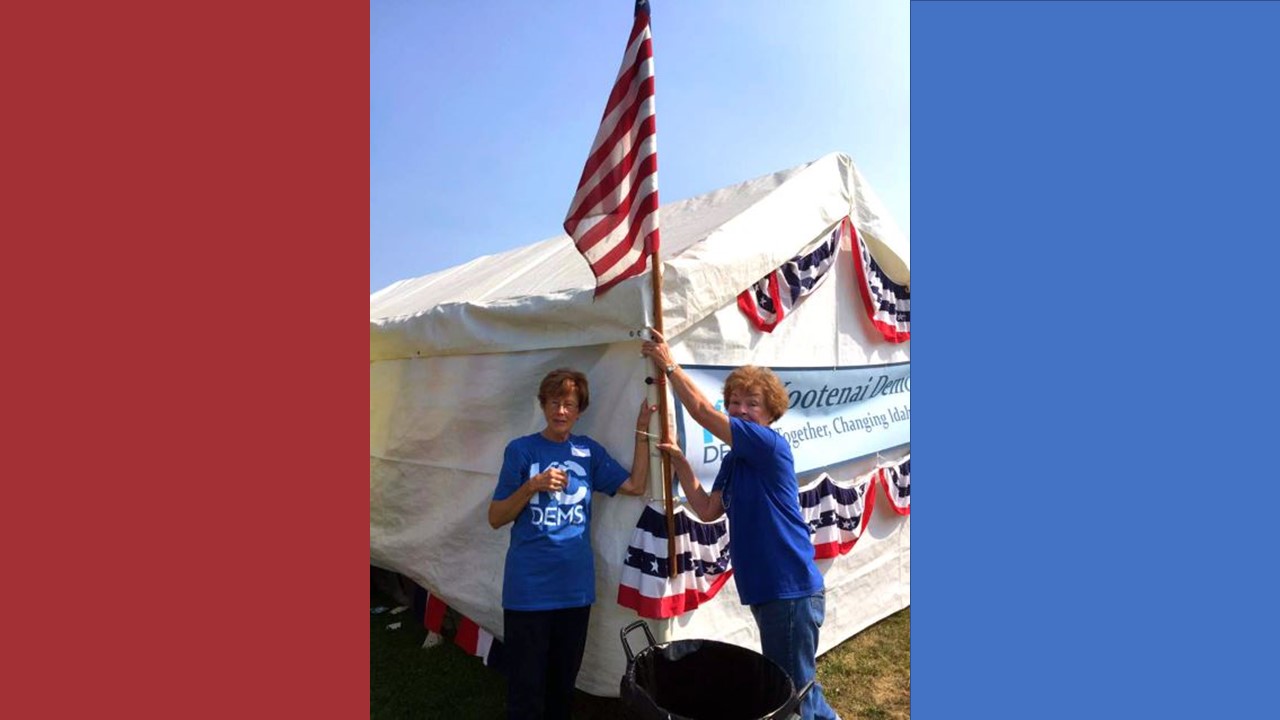 Another fair is history–and the Democratic booth at the fair has made history in its own way.

We conducted an early 2020 Democratic Presidential Primary Straw Poll–or bean poll, if you prefer, since we used dried beans for voting tokens. One of our measures of success for the fair is the number of people who cast their votes in the straw poll. Here are this year’s results for an early Democratic Presidential Primary Poll, and it will be fun to do it again next year to see how the two years’ results compare. Some people declined to vote this year since it’s still so early in the process, but 282 people of all ages cast their first place choice. Top “winners” were Joe Biden at 27; Bernie Sanders 19.1; Kamala Harris, 9.2; Andrew Yang, 1.7; Beto O’Rourke, 1; Tim Ryan, 1.

If we take the total first, second, and third choice votes for each candidate, 696 votes were cast. (Some folks cast only first choice votes.) Of the total votes cast v. total votes for each candidate, Warren came out ahead at 27.2%; Sanders, 17.4%. The others fell between 1 and 11%. Our Democratic County Chair, Shem Hanks reports similar results in Bonner County which also held a straw poll at a recent event. These results comport with recent nationwide polls which indicate the five top Democratic favorites are all beating T—-.

Other measures of success for our booth are 39 voter registrations completed and 9 absentee ballot (vote by mail) requests. Booth visitors wrote twenty-two postcards with messages to their Congressmen and Legislators. We find remarkable that folks will sit down during their fair visit to write. Most card writers addressed the issue of climate change, contrary to Senator Crapo’s denial that his constituents are interested in it.

In addition, we hosted volunteers from the campaign to put raising the minimum wage on the ballot, another citizen initiative. Lisa Schaff and our booth volunteers collected over 31 pages of signatures towards the goal of about 100,000. 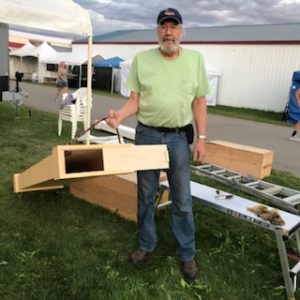 Our generous fair booth volunteers–nearly fifty strong–deserve a round of applause for their work in making the booth a success. We are especially grateful to those who helped with the set up and tear down of the big tents that make up our booth. Dan Peterson surprised us all with a set of wooden storage boxes. He built them to replace the very old cardboard boxes we had been using to store the tent poles. These new wooden containers- complete with rope handles, sliding doors, and wheels – are a welcome replacement for the tape covered, mouse-chewed cartons we had been using. Thank you, Dan, and faithful volunteers!